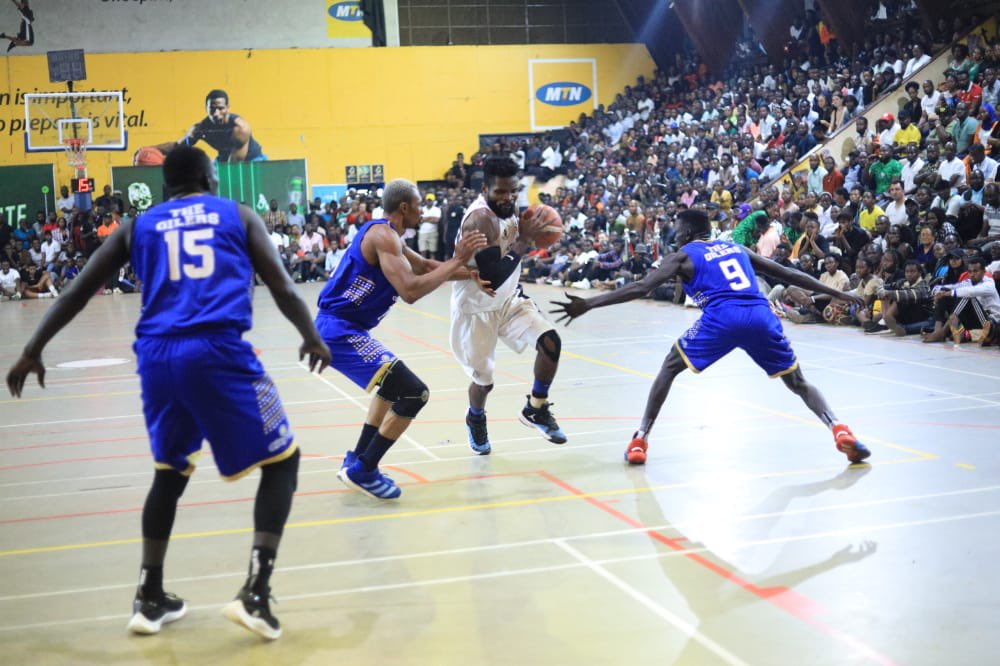 With Lugogo Indoor Arena filled two hours before tip-off of the Ladies final, the vocal Blazers fans had fancied their team’s chance to ‘remove a dictator.’

But Oilers won 66-64 and clinch a 4-3 series win in the Tusker-Lite sponsored NBL finals series.

And for the first time in a recent while, the champions were awarded with cash prizes – Oilers took home Sh5M while Nam Blazers settled for Sh2.5m courtesy of Tusker-Lite

Francis Azolibe led the way with 24 points and 12 rebounds while Tonny Drilleba (10 points) was the other Oilers players to score in double digits.

Coming into the series, City Oilers’ streak looked threatened against a team that finished the regular season on top.

And in the previous round, they had to overcome UCU Canons at the semis, a side that had taken them to game seven in 2019.

But just like in the past, it always look so close but yet so far. The dictator, as opponents have refered to Oilers, is here to stay.

Their legacy started way back in 2013, and Namuwongo Blazers join a list of casualties that Oilers have massacred in the finals.

But this is one title Oilers will look back and feel it had gotten away from their grasp, having gotten the job done amidst injuries that ruled out Ivan Lumanyika while Jimmy Enabu who had missed the previous two games, was forced into game sevens visibly limping.

Drilleba on the other hand, also had an injury scare midway through the game and was taken into the locker-room before he came back to hold on.

And the Oilers had to recover from five points down at one stage in the fourth quarter to extend their ascendance.

Blazers biggest undoing came into their big men – Amisi Saidi, Daniel Monoja and Ariel Okall – fouling out down the stretch, with the former going out with about three minutes still on clock.

The result will feel harsh on the Blazers, but they have had a fantastic season on their debut and must walk with their heads held high.

But with quality across their roster, this team looked the best chance to end Oilers’ streak. However, Mande Juruni’s side flourished on experience on a night Blazers will want to forget easily.