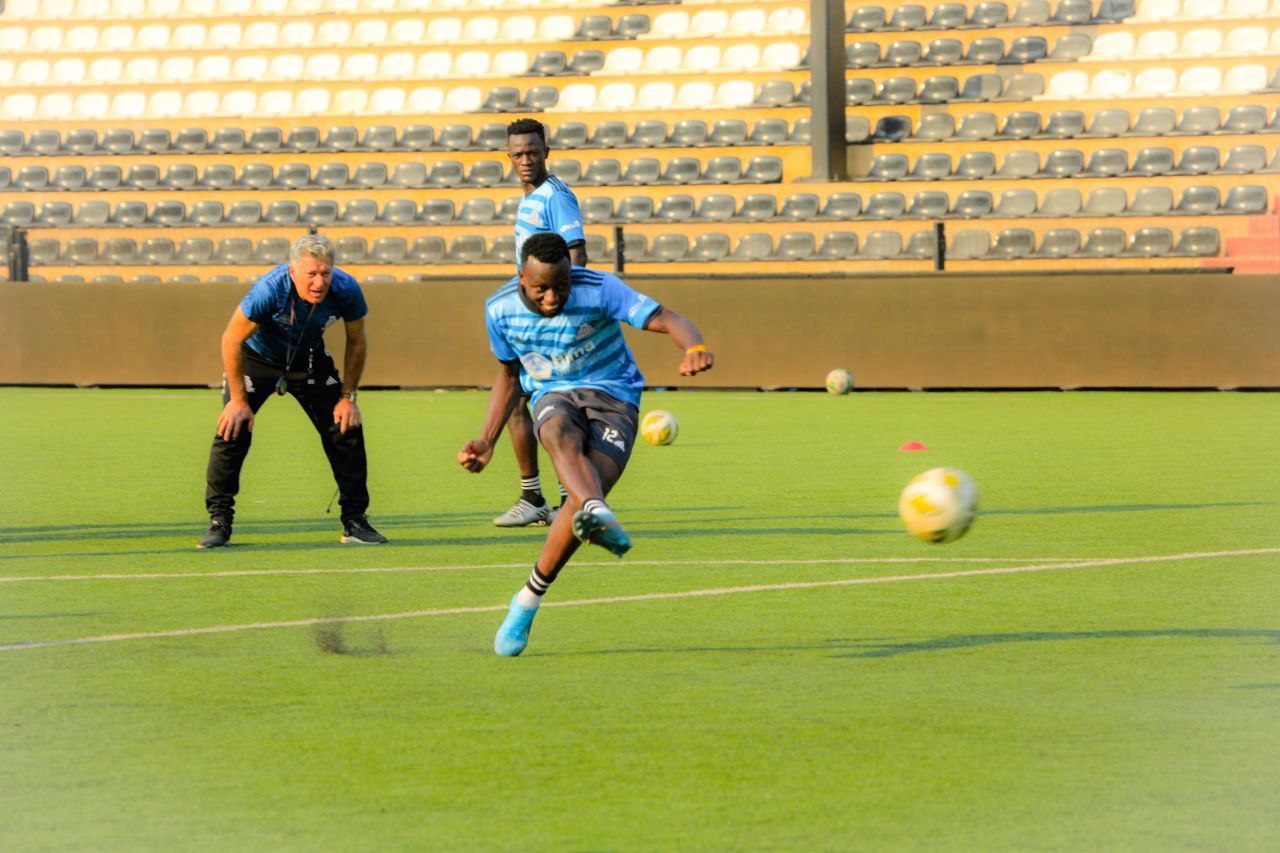 The Venoms dug themselves a deep hole when they failed to win the first leg, with the two sides playing out a goalless draw at Kitende last week on Sunday.

It is a result that meant that the Venoms have all it to play for when they take a trip to Lubumbashi.

And at Kitende, they lacked enough ideas in the final third and it was Mazembe, who had the better chances on the day.

Vipers head coach Roberto Oliveira is still optimistic that his side can break all barriers and storm that group stages.

“It is a good moment for the players and the club. We have a good motivation and we have come here for a good result. I trust in God, my players, I also respect my opponents (Mazembe) but I have come here to win, Oliviera told the pressmen on Friday in Congo.

The Venoms assistant captain Siraje Sentamu revealed that they have no option rather than attack on Saturday.

“Of course, TP Mazembe is more experienced. They have played in this competition for many years and also won it a number of times. But we have no option but to attack them because we need goals. Attack is the weapon we are going to use, he told the club’s media on Friday.

Unlike in Kitende, where they had a large home crowd , it will be a different atmosphere in Lubumbashi.

Against a TP Mazembe side, an African powerhouse that has won this competition five times, the Venoms will need to be more clinical upfront and also be at their best in defense.

Their Goalkeeper, Alfred Mudekereza, who pulled out some great saves will once again be called upon to do the same on Saturday.

Adding on that, their forwards Yunus Sentamu, captain Milton Karisa and Abdul Lumala must all step up at this crucial time.

Another advantage for the Venoms is that their opponents, TP Mazembe failed to make it to the CAF Champions League groups last season when they were knocked out by Amazulu, with the first leg in South Africa ending 0-0 before a 1-1 draw in Lubumbashi.

And now, Vipers will also need any goal draw or even pick a win to advance to their first ever CAF champions League group stages.

The team in Congo is without youngster Najib Yiga, who is starting his form four exams on Monday, Frank Tumwesigye(malaria) and Ibrahim Orit.

But attacking midfielder Bright Anukani, who was unused substitute in the first leg at Kitende travelled with the team and will be expected to drive the team forward.

TP Mazembe have confirmed that their first choice Goalkeeper Ibrahim MOUNKORO will be unavailable after the Malian picked a knocked and he is now out for a minimum of 3 weeks.

Four players Phillipe Kinzumbi, Christian Kouame and Zambian duo of Tandi Mwape and Kabaso Chongo who were banned by CAF due to semifinal clash against Berkane in CAF Confederation Cup last season, remain ruled out.

The winner on aggregate on Saturday will advance to the CAF champions League group stages while the other team will drop to the CAF confederation play off round, which is a round away from the groups.