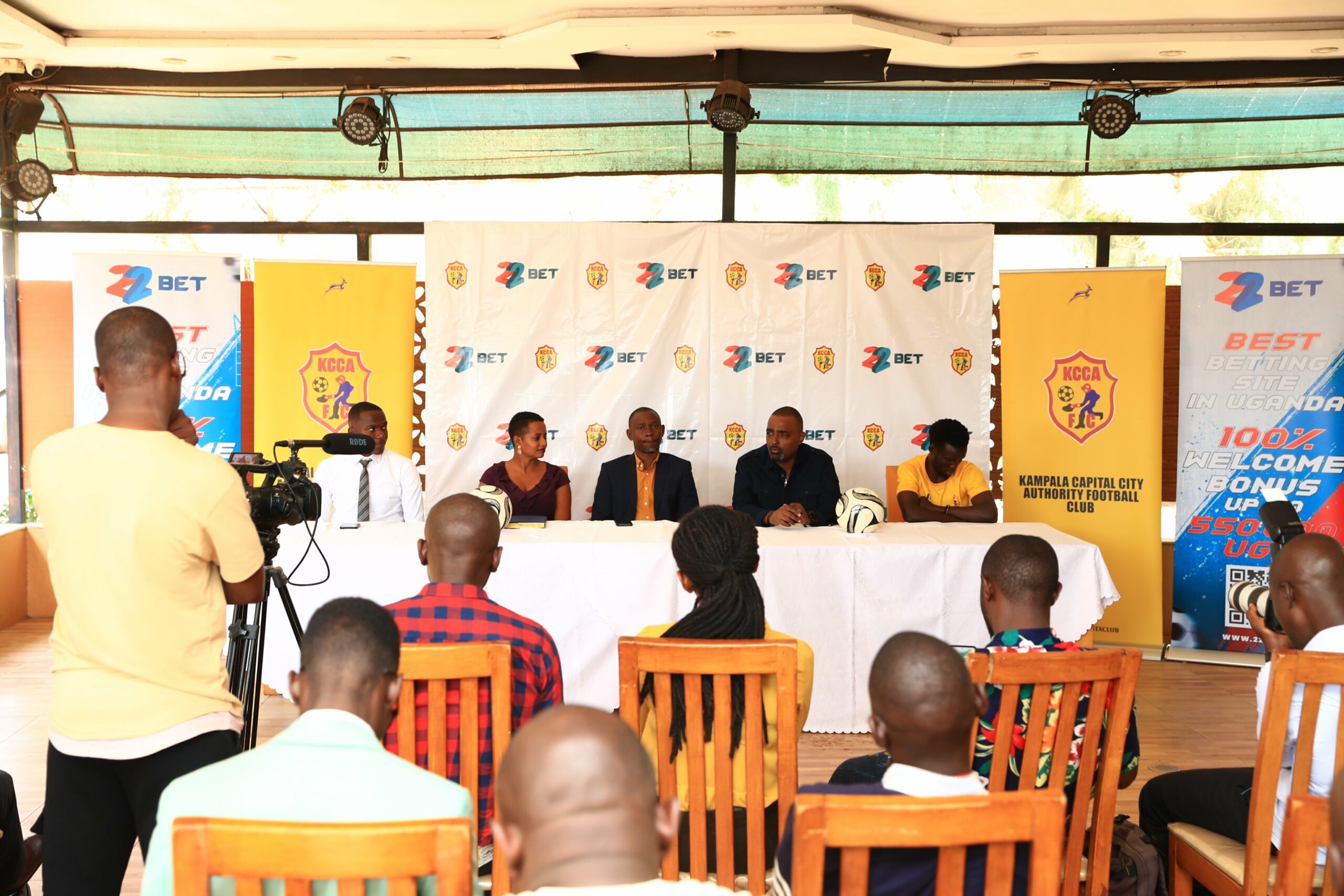 The betting firm will award 100,000ugx to the man of the match in a game KCCA has won, and 200,000ugx plus a plague, to the player of the month as agreed by both parties.

The partnership was announced on Thursday during a presser in Lugogo, at the 256 route, and comes just days after the club terminated its contract with former shirt sponsors See TV.

Cedric Babu, Director 22BET told the media that it was not a hard decision partnering with KCCA FC, and also cautioned the general public against unethical betting rules.

“Partnering with KCCA FC was not a hard decision to make. It is important that the general public understand that betting has to be done within the ethical rules. We as 22BET will continue investing in sport and we are happy that we are partnering with KCCA FC to help motivate players by rewarding them for their performance on the pitch,” Babu said.

With concerns raised on how fair and transparent the awards will be, the Club’s CEO Anisha Shahir Muhoozi assured stakeholders of how a committee has been chosen, to vote for four players from each game won by the Kasasiro Boys.

The four players will then be subjected to a poll on the club’s digital platforms, where the fans will do the voting shortly after the game before 22BET announces and awards a winner.

“We have carefully chosen an all-inclusive committee that will vote for the best four players from the games we have won. A day’s poll will then be created on the club’s digital platforms shortly after the game and fans will be able to vote for their Man of the match. Upon completion of the duration of the poll, the 22BET Man of the Match shall then be announced and awarded by 22BET,” Muhoozi said.

The awards will be a motivation to the players as they’ll yearn for the appreciation at the end of the match, hoping for a token according to Julius Poloto, the team’s Vice Captain.

KCCA FC is yet to replace See tv with a new Shirt sponsor, but the Club’s Vice Chairman Aggrey Ashaba seems to be comfortable with the current developments.

“We are happy to partner with 22BET, and we are happy that we will be promoting responsible betting practices,” Ashaba said.

“Obviously, we do not expect at any point any of our players or officials to get involved in betting but we will be promoting responsible betting practices to the wider public.

“Betting is a highly regulated industry in Uganda like any other service provided and we believe if it is promoted responsibly, it can be an industry that can provide jobs, opportunities, and entertainment to other people.

“We trust the partnership will be able to motivate the players as they will be awarded for their performances.”

22BET, however, comes up as a more trustworthy sponsor, and KCC must have done its homework before agreeing to the deal and considering the partners to be credible.

The deal has also returned confidence to the Club’s fans and stakeholders who were subjected to a shady entrance into the 2022/23 season and have for long been starved in a trophy drought.

KCCA picked a narrow 3-2 win in their first league game against the Purple Sharks at the Phillip Omondi Stadium in Lugogo but were later put to the sword 3-1 by Arua Hill at the Barifa Stadium, a loss Head Coach Morley Byekwaso blamed on the players.

Vice Captain Poloto’s words (of the players being motivated) will be put to test next Saturday -the 22nd- as the Club hosts title defenders Vipers SC in Lugogo.