SC Villa Vs Express: Fans Cautioned Ahead of ‘Stone’ Derby 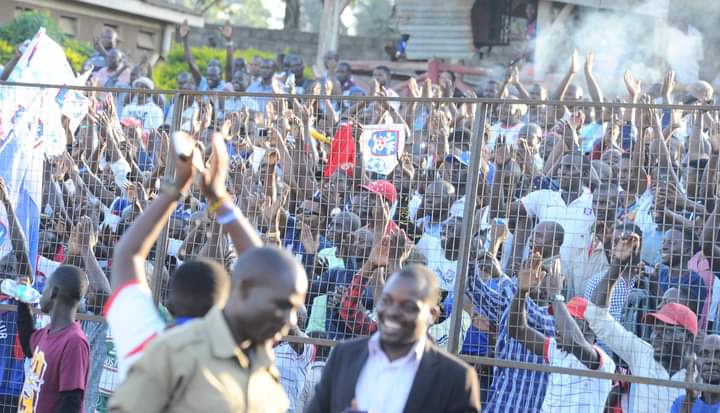 The leadership of SC Villa fans have warned that hooliganism will not be tolerated during their epic Uganda Premier League clash with old rivals Express FC.

The Jogoos, now hosting at rivals’ home at Wankulukuku, will welcome Express in what is expected to be an intense show on and off the pitch.

Many fans are expected to throng Wankulukuku for Friday’s Kampala Derby, a rivalry that has for long been known for violence.

Hooliganism has flared in the previous traditional derby when the two biggest and most followed traditional teams meet.

“We are not going to entertain any form of hooliganism,” started SC Villa Vice President fans Mobilisation Ben Misagga during a briefing at Wankulukuku.

“We have tightened our security and if you remember very well, we had a clean game when we hosted Gaddafi FC here.

“We have put disciplinary measures in place and our team will be spread across the stadium to monitor the situation. We are ready to arrest wrongdoers without hesitation on the day.

“We don’t expect any security hiccups.”

“Our sole target on Friday is to win our game against Express, the rest is Secondary. We trust our players and coaches. And we have the best fans in the country.”

Head of Security Seregius Katongole expressed their readiness and warned fans who intend on causing trouble not to bother come at Wankulukuku.

Sultan Hakim, also on SC Villa fans committee, said that Gates will be open at 10am and affirmed that they want to exhibit higher degree of discipline during the game.

Sultan briefly commented: “No bottles will be seen because drinks will sold in disposables.”

The Club, this week, held a Corporate Social Responsibility, in Natete Market as one of their campaigns to rally the fans ahead of the derby.

The fans executive have stated that they have put in place conducive environment to allow fans come with their children.

In addition, students in Uniforms with their identification, will attend the games free of charge.

SC Villa have collected four points from two games having beaten Gaddafi before picking a point away to Onduparaka in Bombo.