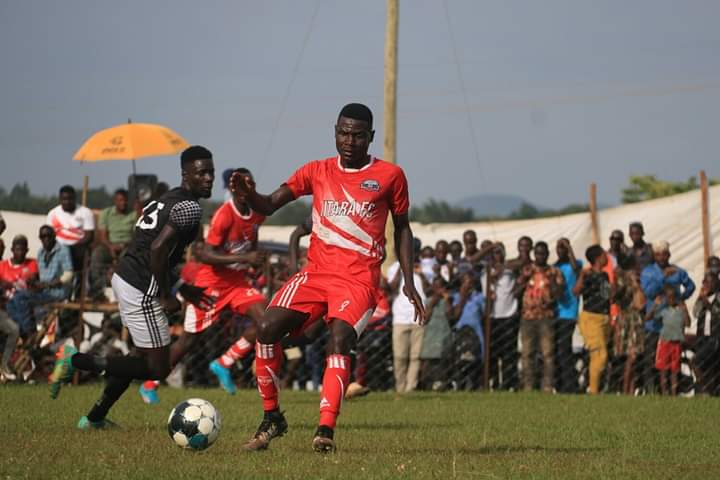 Striker Patrick Kaddu lived to the billing with a hat-trick to help Kitara FC get off the mark in their FUFA Big League opener against Northern Gateway FC.

Kaddu, a marquee signing after the Uganda Cranes forward ended his stay from KCCA, opened his account in the 14th minute from the spot.

He doubled the hosts lead with just two minutes after the opener with a brilliant header from close range.

Northern Gateway had a few chances on goal but they couldn’t beat a well organized Kitara FC defence as most of their attempts were blocked.

With just six minutes into the second stanza, Kaddu completed his hat-trick to extend Kitara’s advantage.

Agondeze then put the icing on the cake with a tap-in from Erick Muber to register his name on the score-sheet.

There was nothing left for Northern Gateway to play for as they succumbed to a harsh welcome in the Big League.

Kitara now command a comfortable lead at the top of the table with a better goal difference as they are the biggest winners on the day.

The win will boost their confidence as they head into their second game of the season which will be a regional derby against rivals Booma FC.