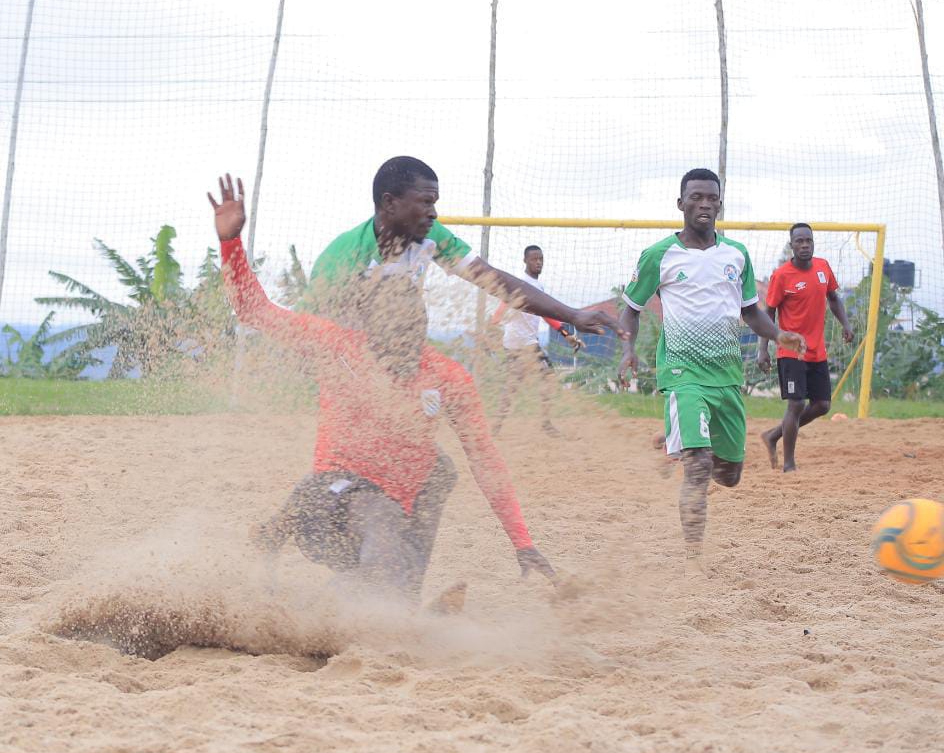 Uganda National beach soccer team, the Sand Cranes, have upped their preparations ahead of the upcoming 2022 AFCON Beach Soccer 2022 tournament in Mozambique.

The team consists of 21 players who are gearing up for the upcoming continental showpiece.

They had a practice game against Mutoola Beach soccer team on Tuesday, going on to win 8-5.

Paul Kato scored a brace, Tom Kimuli notched in his own net while Kikonyongo Jonathan, Nyalimo Steven, Lule Paul, Isma Kawawulo and Kigozi Ambrose had one each.

At the end of last month, the Sand Cranes also finished third at the Cosafa beach soccer championship after defeating Mozambique 8-7 in a tournament held in South Africa.

This tournament was used for preparations of the forthcoming beach soccer AFCON due in Maputo, Mozambique.

This continental showpiece is slated to take place in Mozambique due October 21-30th.

The Sand Cranes return to the tournament for the second time after making their debut last year when they finished fourth in Senegal.

The tournament will as well act as the qualifiers for African teams to the 2023 FIFA Beach Soccer World Cup; the winners and runners-up will qualify.