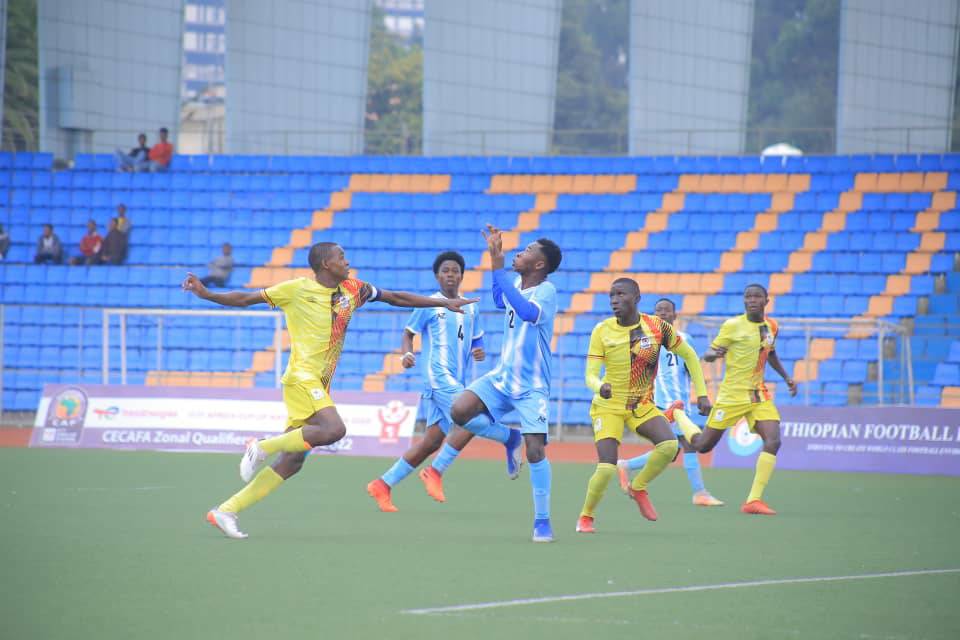 Uganda suffered a shocking defeat against minnows Somalia to miss a place in the AFCON U17 final in Ethiopia.

After the match finished 1-1 in normal time, Uganda were beaten 8-7 in shootouts as Somalia marched on.

The result consequently means that Uganda have failed to qualify for the AFCON U17 tournament due next year in Algeria.

Uganda had to reach the final to book one of the two tickets available to Algeria.

Somalia will now face South Sudan in the final who stunned Tanzania in shootouts as well.

Uganda Cubs, who had won the last two regional tournaments, were favourites to win the overall title.

And they started the tournament with a deserved 4-0 win over Burundi before dispatching South Sudan 4-1 in their last group game to reach the semis.

Jamal Ssemwogerere scored the opener for Uganda with a close range header after the Goalkeeper had fumbled with Hakim Wandera’s freekick in the 41st minute.

But Somalia quickly responded before the break when they benefited from an error from Uganda who lost possession in their own half for Abdihafid Abdi to score the leveller after beating Uganda defence with pace.

In shootouts, Arafat Nkoola fluffed his penalty kick to send Somalia through 8-7.

Uganda will face Tanzania to fight for third place on Saturday, a match that will be followed with a final.