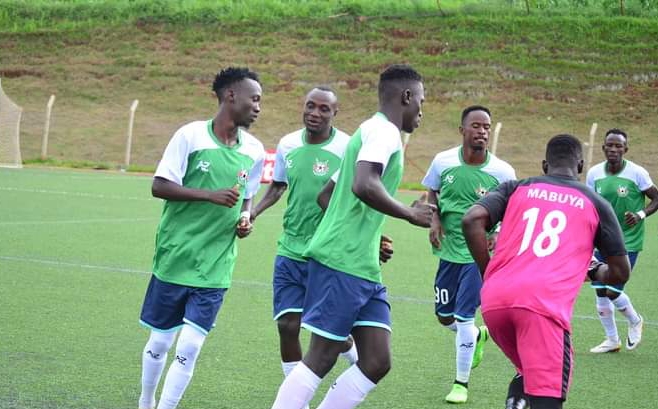 UPDF will bank on their home support as they seek to pick their first win of the season against Busoga United.

They will also rely on their positive home record against Busoga United having beaten the visitors thrice on four occasions.

The last time Busoga United went away to UPDF and came out with three points was on 21st November 2017, courtesy of Fred Amaku’s 33rd minute Goal.

The Army side are yet to taste victory this season after a one all draw with Express at the Bombo Military Barracks Ground in the opener before a 3-1 loss away to BUL FC.

Coming into this game, UPDF succumbed to a 3-1 defeat in the hands of a Jinja based BUL FC at the FUFA Technical Centre Njeru.

Karim Ndugwa, Richard Wandyaka and Frank Kalanda were on target for the Eastern Giants while Ibrahim Magandaazi scored the only goal for the visitors from the spot.

For Busoga United, they will hope to build on from their 2-0 home victory over debutants Blacks Power thanks to Ibrahim Kayiwa first half opener and Franco Balabala penalty.

However, in the opener The Students were massacred 5-0 by new entrants Maroons at Luzira Prisons ground.

With a win and a stalement in their opening two matches, Paul Kiwanuka said will anticipate for a better result against a winless UPDF.

Speaking to the club media ahead of the game, Busoga United Head Coach Paul Kiwanuka anticipate a tough game but he’s optimistic for the maximum points.

“We have prepared enough, we have tried to rectify the mistakes that we made in the previous game you know we are facing a tough team in UPDF,” Kiwanuka told the club media.

“We are going to play away, we shall be cautious not to conceed goals but to make sure that we try our best to see that we get maximum points.”

“My expectation is to atleast get a positive result, not to lose away from home because we need a point to start the season well because each point you lose is vital and crucial, so we want to see that we maintain the points that we have see that we get the extra 2 points.”

They will go out to put an end to their losing streak at the Bombo Military Barracks Ground with two loses on the bounce.

In the reverse fixture last season, UPDF won both ties, in the first round Ivan Ahimbisibwe and Musa Mudde were on target in a 2-1 Home win with Sunday Mulanda scoring the consolation for the Visitors.

Second half goals from Adriko Rogers and Ibrahim Wammanah were enough for Visitors UPDF in the 2-0 away triumph at Kakindu stadium.