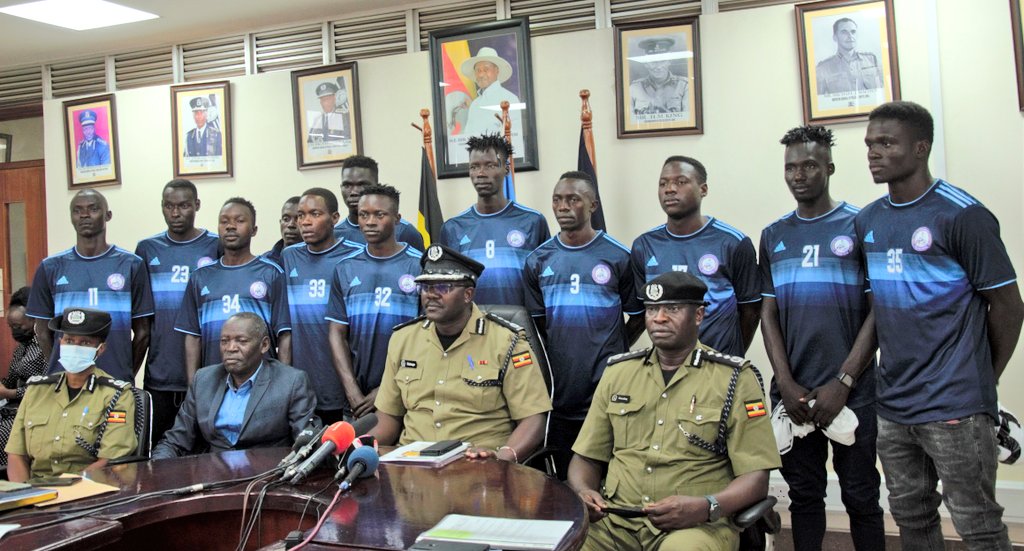 Uganda Police FC have confirmed their new signings ahead of their rare appearance in FUFA Big league.

The Cops have confirmed 16 new arrivals who will spearhead their campaign in fight back to the top tier division.

Defender Ibrahim Kibumba and goalkeeper Davis Mutebi lead the new recruits as they make a return to the side they once featured for in the Uganda Premier League.

Speaking about the new signings, coach Angelo Lonyesi has tasked the arrivals to take back Police FC to the top tier division (UPL).

“This is the core of the team that is going to take Police FC back to its original position in the Super division,” Lonyesi said.

“They are young men, talented and they have adapted in very easily to the system we want coaches so expect the best from them.”

The two missing players of Eddy Kapampa and Ismail Kyambadde have not been registered as they are still nursing injuries which could rule them out for the whole season despite having running contracts with the cops.

Police FC have had a busy preseason with their latest involvement being the inter forces games where they took part last month in September.

Lonyesi added: “We have been playing and we are just from the concluded inter forces games, the teams we played showed us that these boys are determined and we’ll prepared.”

Police FC will open up their 2022/2023 Big league campaign as they host Lugazi FC at Kavumba play grounds on Thursday 13th October.