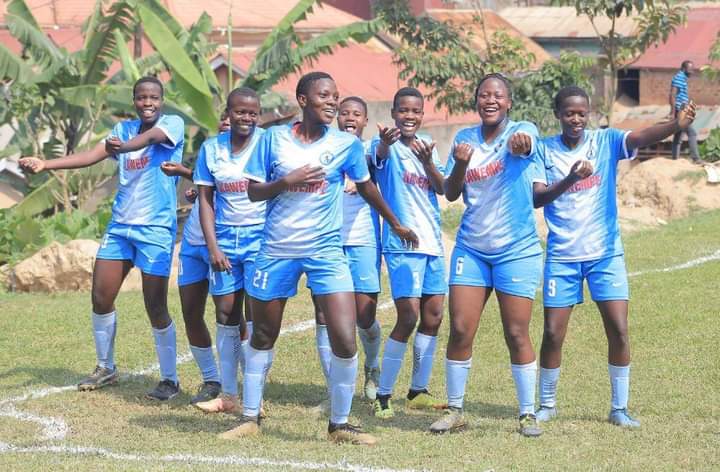 Kawempe Muslim assistant coach Moses Nkata expressed his discontent with the officiation during their 1-all draw against She Makerere University.

The Valley warriors were held to a draw in their third game of the season held at Makerere grounds on Sunday morning.

Allen Nassazi had put Kawempe ahead in the 63rd with a fine finish. But Makerere leveled matters with nine mintes to play, converting a penalty after defender Aisha Nantongo handed the ball in the area.

And speaking after the final whistle, Kawempe’s assistant coach Moses Nkata was left dissatisfied with the officiation on the day.

“I thank my players they played well. But am not contented with the officiation. They awarded a handball which made us concede and drop points. But that’s now past, we shall go back and rectify, he told the pressmen after the game.

The result saw Kawempe move to four points after three games in the season. The Ayub Khalifa coached side had picked a 5-0 win over Olila High school on Friday in their first win of the season so far.

For Makerere, it was their second draw at home and they moved to five points after four games.

Meanwhile, defending champions continued with their winless streak after their 3-2 loss to UCU at home on Saturday in a game held at Mubs Nakawa .

Swabra Nkomba and Joanita Ainembabazi scored for the Sharks as they suffered their second loss in the season.

On the side, goals from Ashiat Nalugwa, Swabra Nkomba’ own goal and Sharon Naddunga were enough as the Mukono based picked a deserved win away from home.

It’s been a poor start for She Corporates as they are yet to win any game this season. They have lost two, draw two and are currently second from the bottom after four games.

This weekend, there will be only one a game as UCU host Kawempe Muslim at Mukono in a rescheduled fixture. The rest of the teams will return to action the following weekend.