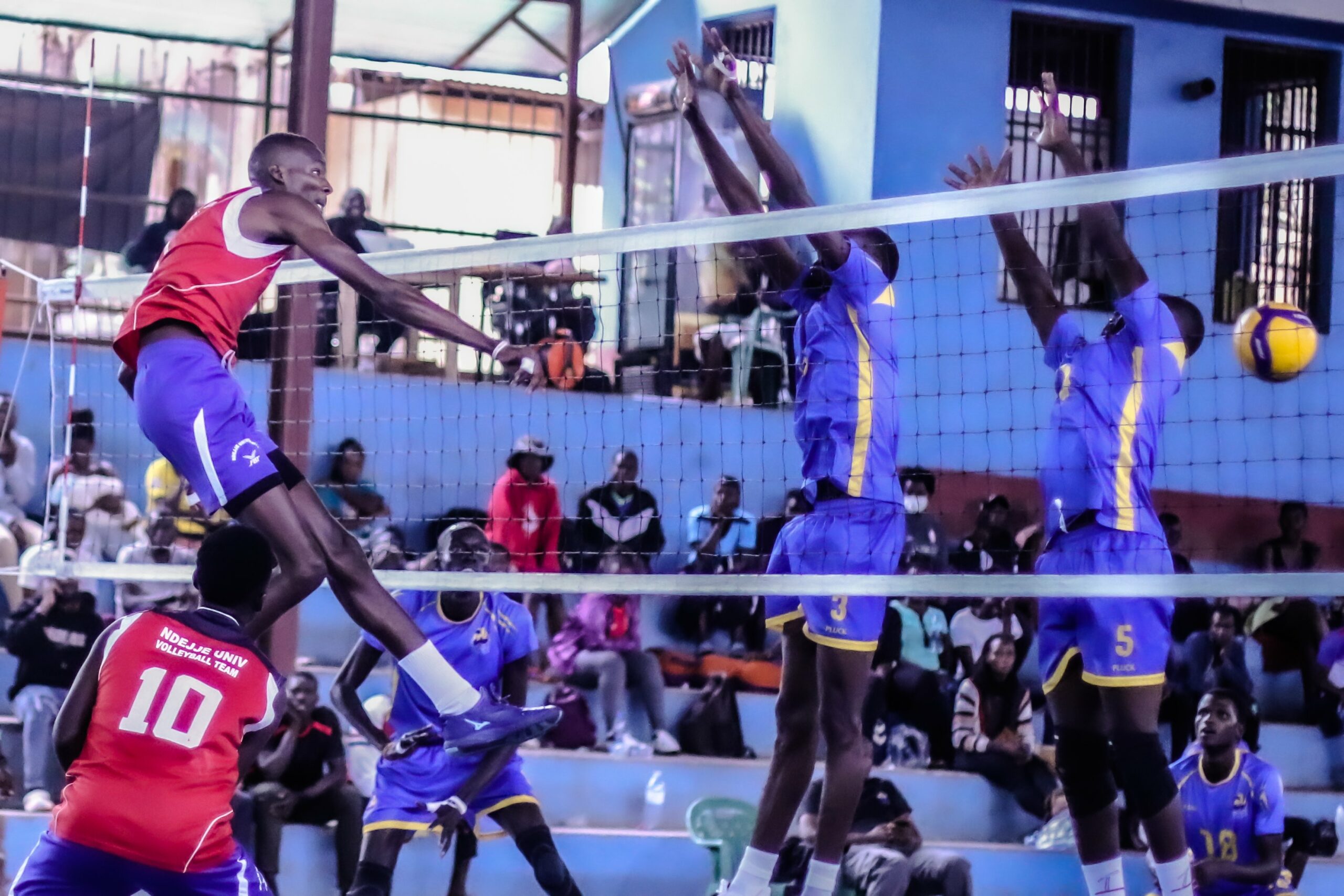 Thon Maker Magembo, and Sam Engwau were terrific as Sport-S eased past Ndejje Sharks 3-0 in a National Volleyball League encounter at the Old Kampala Arena on Saturday.

A much-improved Thon exhibited his commitment on the block and attack in all three sets that saw the Nsambya outfit lead, and as well affirm their cue with a sharp defensive game.

Sport-S Head Coach Benon Mugisha plotted to play a defensive game and the goings were evidently on his flank.

“We played well with good discipline in the defense and that made the game easy for us. Thon played well, especially in the block, and Sam played well in the attack,” Mugisha said.

The blacks tactician is yet to make crucial changes to the squad that battered OBB 3-0 in the season opener, and his charges could be getting stronger from each game.

Saturday’s dominance over the Sharks, confining them below 20 points in all three sets is justification that Sport-S is not about to be stopped.

However, Mugisha also notes that focus should be maintained on winning the league title and not celebrating the “small” wins picked along the way.

“We can’t predict how our season will be based on only three games but our focus is winning the league.” He said.

Star signing Emmanuel Okia is yet to fully deliver for Sport-S and yesterday was no exception as reports from the club indicate he is healing from an injury sustained during one of the team’s training sessions.

Sport-S now lead the log with nine points from three matches and are backed by KAVC and UCU in the second and third position, respectively.

“Sport-s was on a higher advantage than us, so it is time to go back on the drawing board as we prepare for the upcoming league games to see that we put up a good show and also collect more points.” Sharks Captain Ronald Kitosi told the nation.

Ndejje didn’t lose it all on Saturday as the Elites set up a consoling win, winning against KCB-NKUMBA 3-1, in a pulsating University derby.

Elites Coach Kitosi says the three points off Nkumba are worth the hardwork put in during training and also give the team confidence as new recruits are nurtured into the team.

Showing up with a loss to Ndejje in their previous week, it was next to unthinkable for the Kasasiro girls to set up a convincing 3-0 victory against a resilient VCC, but they did.