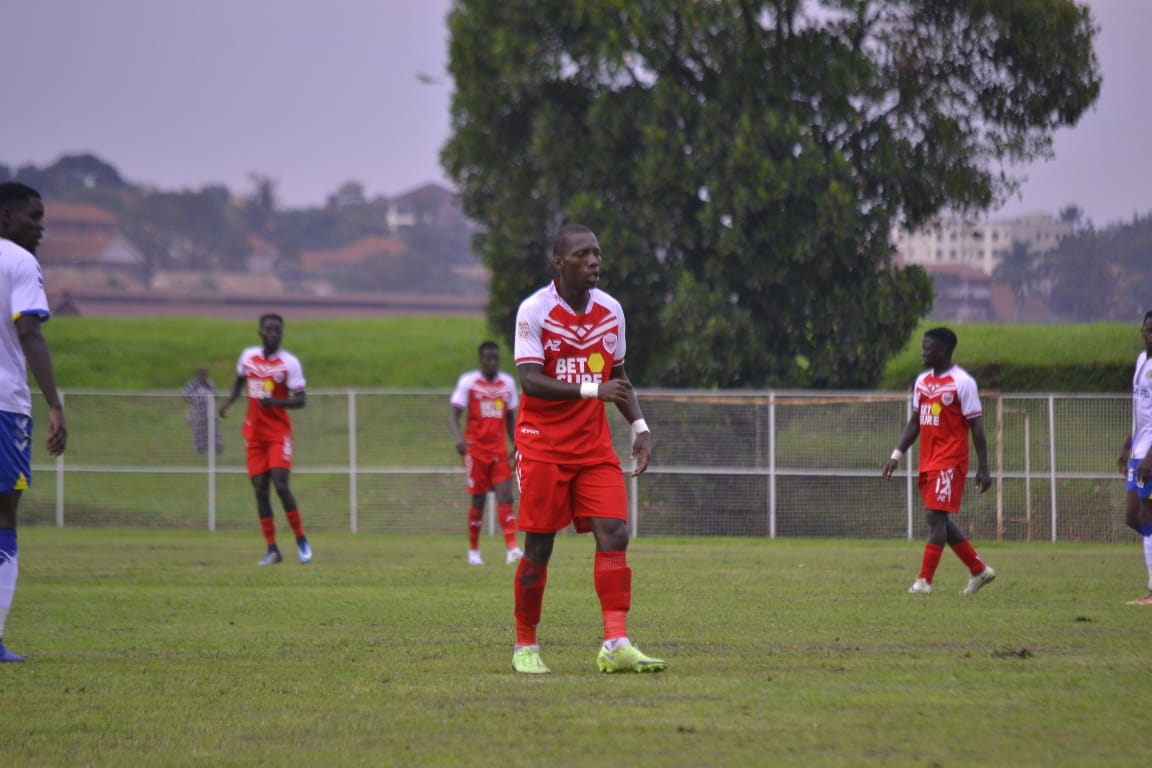 Allan Kayiwa scored the all important goal as his side Express FC edged URA 1-0 in a league game held at Wankulukuku.

Kayiwa scored from a direct free kick in the 48th minute to ensure that his side picked maximum points in their first home game of the season.

It is Kayiwa’s second goal for the Red Eagles, having scored on his debut as they drew 1-1 against UPDF in their opener.

And it is also the first win of the season for Express after two games so far.

For URA, they suffer their first loss of the season having registered a goalless draw against Onduparaka in their opener last week.

Playing at home for the first time this season, the hosts showed early signs of scoring first as they had the biggest share of the ball.

And URA FC’s goalkeeper Nafian Alionzi was called twice into action to keep the game at level before the interval. First, he saved Ivan Mayanja’s effort for a corner and was also at full stretch to deny Allan Kayiwa from a free kick.

For the visitors, who looked blunt upfront, Joachim Ojera and defender Benjamin Nyakoojo came closer but failed on various occasions to convert their chances.

At the restart, the hosts continued with their dorminance and it paid off. With three minutes into the second half, Kayiwa scored with a well taken free that kick to send the home fans into wide celebrations. His goal could later turn out winner.

URA, despite the introduction of new faces in the second stanza, including former express forward George Senkaaba, they failed to find a break through past a well organized Express back line.

The win sees Express register their first win of the season and most importantly Infront of their home fans.

For the Tax Collectors, who under Sam Timbe’s stewardship, they suffer the first loss in the season and will need to pick up themselves if they are to put up a challenge for this year’s title.