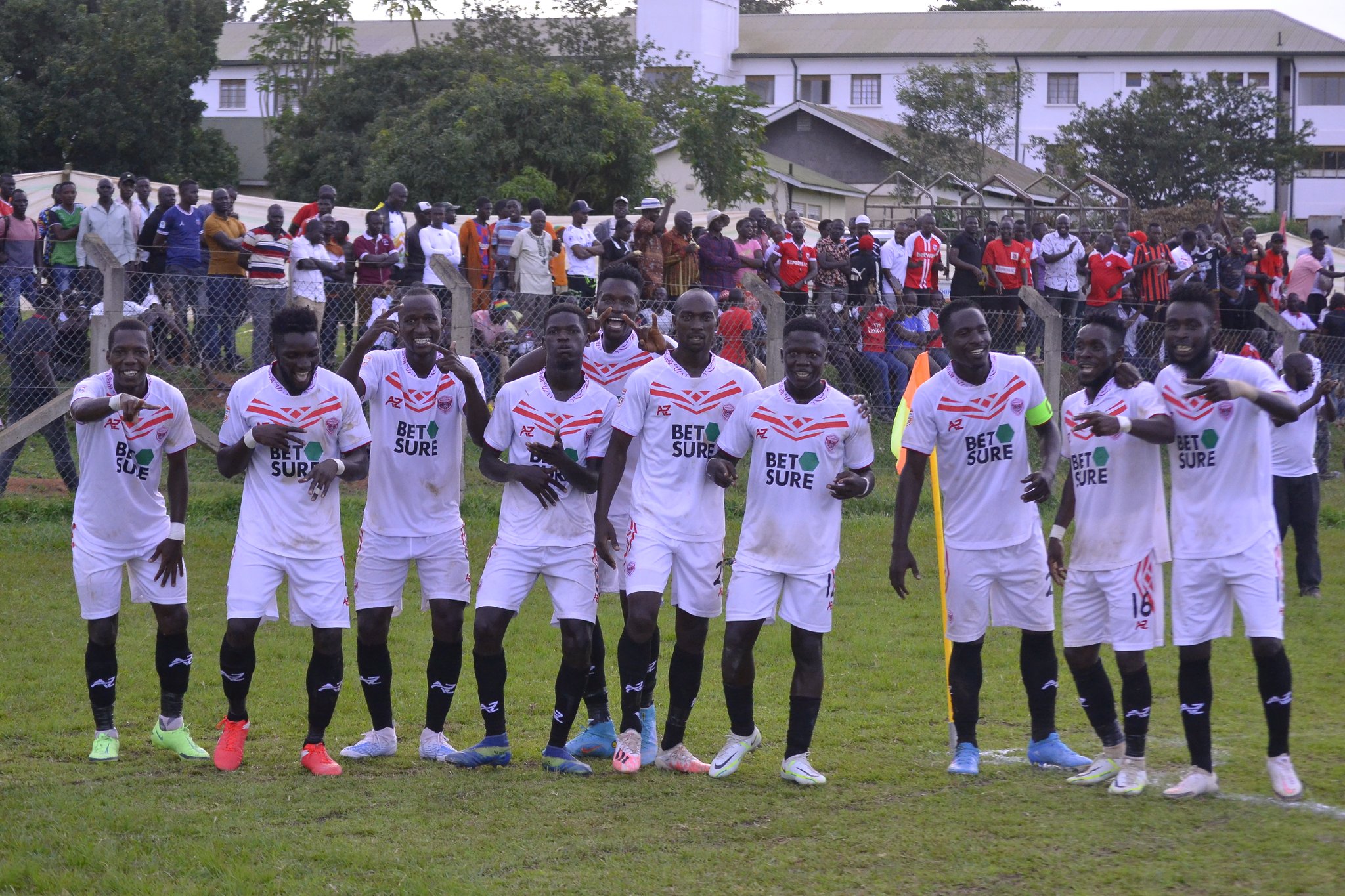 Team News
For Express, midfielders Kasule Abubaker and Yusuf Ssozi are still on treatment and the comes a little bit early for the pair.

Teenage goalkeeper David Lukwago is still in the recovery process.

For URA, Goalkeeper James Alitho is the only absentee but the rest of the players are available.

Express FC will be seeking for their first win this season when they welcome URA FC at Wankulukuku stadium on Saturday.

The Red Eagles were held to 1-all draw against UPDF in their first game of the season, with Allan Kayiwa scoring on his debut.

Speaking ahead of the game, head coach James Odouch anticipates a tough encounter but is optimistic of a positive outcome.

“It is going to be a tough game since both of us are looking for a first win this season. We have corrected our mistakes from our last game and we are looking forward to earning maximum points, Odouch told the club’s media.

In URA, they welcome a hungry side that also has sights on a first win but they must show character Infront of their home fans.

Allan Kayiwa, who scored on his debut against UPDF together with Joseph Akandwanaho and Anwar Ntege will tasked to lead the Express front line as they seek to get off the mark.

On the other hand, just like Express, the Visitors URA will also be seeking their first win of the season when they visit Wankulukuku.

The Tax men were held to a barren stalemate against Onduparaka in their first home game at Nakisunga last week on Saturday.

It was a low start for URA, who were hosting their first home game at a new venue Nakisunga Ssaza grounds.

Ahead of the game, URA head coach Sam Timbe is optimistic that his side will get the needed result on Saturday.

“We have prepared for it like any other game. We corrected some mistakes from the previous game, every body is in good shape for tomorrow’s task. All games are so important and we want to show that on Saturday, he told the club’s media on Friday.

Their new signing forward George Senkaaba will be pointing guns to his former pay masters and he had much to say about the encounter.

“As a team we have prepared very well ever since our barren.

I don’t feel any pressure facing my former team. They have the same players, same coaches I have been with before. As a forward and a player, I’m supposed to do my job, score goals and expect URA to get it’s first win, Senkaaba told the club’s media.”

On Saturday, against a rival side in Express, Timbe major worry will be his side’s inability to convert the few available chances as seen in their previous game against Onduparaka.

And they must step up against Express to set up an early pace in this year’s title marathon.

The two sides shared a 1- all draw when they met at Wankulukuku last season.