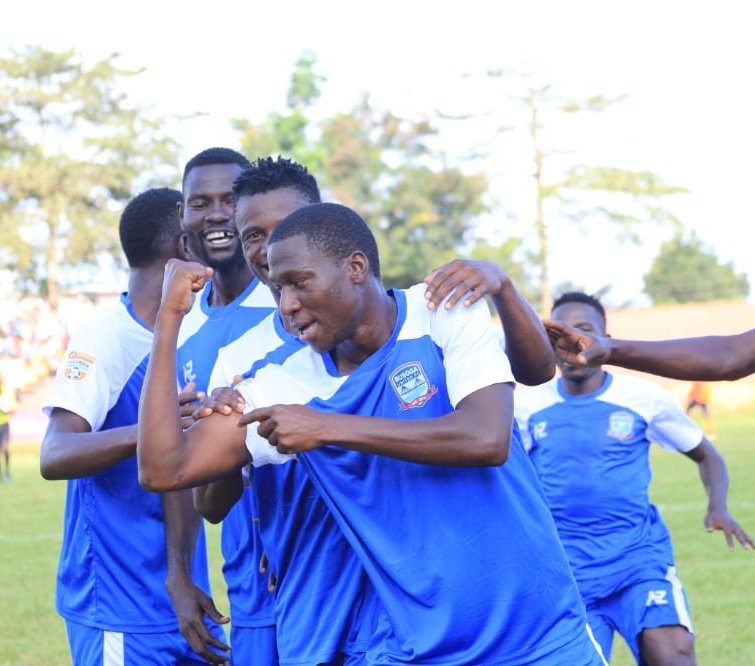 Busoga United got off the mark with a deserved 2-0 win over newcomers Blacks Power in a league game played at Kakindu Stadium in Jinja.

Both sides came into the game on the back of 5-0 respectively losses on the opening Match-day and needed to bounce back.

And it’s Busoga United who got off to a dream start when Kayiwa headed in after Busoga United failed to defend a good corner from Laban Tibita.

Busoga United doubled their lead five minutes into the second half after referee William Oloya pointed to the spot after Blacks Power captain Simon Misaaki Opiyo handled the ball in the box in his attempt to clear a free-kick from Nicholas Mwere.

From the spot, Balabala calmly put the ball far beyond goalkeeper Muhammad Ssekeba’s reach to spark wild celebrations from the sizeable crowd at Kakindu.

It has been an awful start for Peter Onen and his charges at Blacks Power having lost 5-0 at home to BUL FC.

It’s the first win for Paul Kiwanuka at Busoga United in his second league game after taking over from Abbey Bogere Kikomeko.

What Next – Busoga United visit UPDF on October 12 at Bombo while Blacks Power will a day before host Bright Stars in Lira.