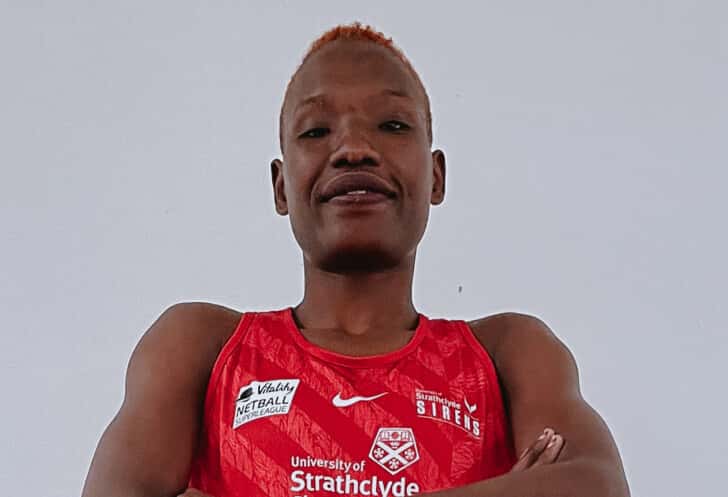 Oyella has been unveiled by her new team, Strathclyde Sirens, a Scottish side that competes in United Kingdom’s Vitality Netball SuperLeague.

Oyella who also plays basketball for JKL Lady Dolphins, missed her team’s game four of the finals series at Lugogo, having travelled to UK this week.

“I’m super excited to work with Sirens because they are so good! Their management have been really encouraging and have been looking after me, and been interested in me,” Oyella is quoted by Vitality Netball SuperLeague media.

“Another thing is that they love what they are doing, so what attracted me to them is that they have that cooperative teamwork. That’s why I was interested in them.

“I’m super excited to be in the Superleague. I’m so determined to work hand in hand with my teammates, to work hard with them, to move ahead and to help them into a good position in the league.

Oyella added that Sirens have “made my dream come true.”

Oyella added: “It will be very exciting to see another Ugandan playing in the Superleague. It has been a long wait to see another player from Uganda joining.

“It will hopefully mean more determination for young players to come in as professional players.”

Oyella says that she has been encouraged by the love and belief Sirens have shown in her.

Oyella has represented Uganda at the 2018 and 2022 Commonwealth Games and also competed at two World Cup tournaments in 2015 and in 2019.