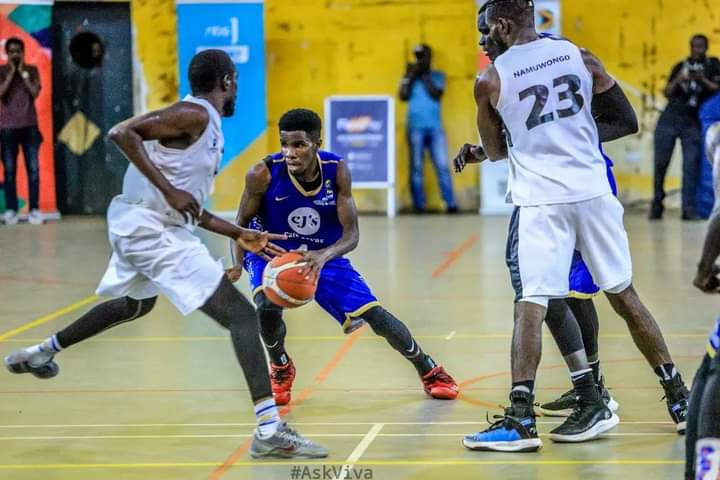 City Oilers are just a win away from winning this year’s National Basketball League title after overcoming Nam Blazers in a thrilling game four at Lugogo.

And Mande Juruni’s charges will be crowned champions for a record extending eighth time in a row this Friday if they emerge victorious.

It was a closely contested game, as expected, but Oilers feasted on pedigree to come out on top.

In a game that saw the lead exchange hands on various occasions, Oilers tied it 68-68 when Tonny Drilleba converted both free throws when he was sent on the line with 01:28 on the clock in the last quarter.

Luak Ruai drilled in a three to put Oilers 71-68, and they never looked back before outlasting the Blazers who saw Ariel Okall’s possible game-tying three pointer riming out towards the buzzer.

Ruai recorded his career high in the playoffs with 16 points off 4-for-6 from outside, Ben Komakech had 13 while Francis Azolibe and James Okello scored 10 each.

Jimmy Enabu had 8 points in 7 minutes but Juruni will hope that his guard will be back and finish it on Friday.

David Dikong Deng scored a game high 22 points, Paul Odong and Amisi Saidi had 14 points each, the former adding 11 rebounds to his tally.

But the Blazers were once again hard done by their bench which contributed just nine points, compared to Oilers’ 39.