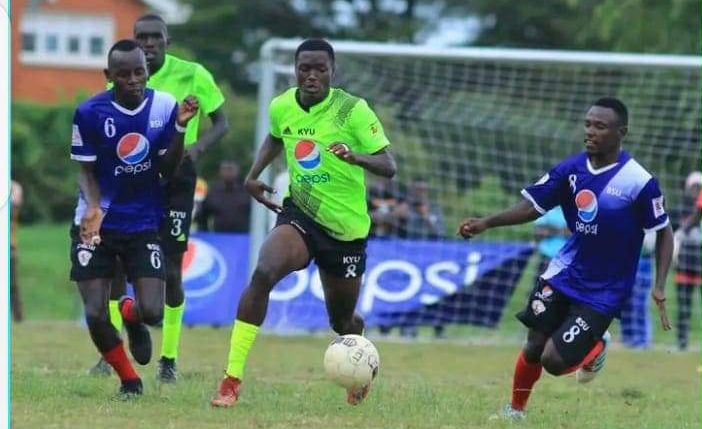 The match that will be played Tuesday 27th September at 3pm at Kyambogo will be the 7th time the two sides are meeting in the last 10 seasons with Kyambogo yet to get the better of their Nakawa-based rivals MUBS. In 7 meetings since 2012, MUBS has drawn 3 times against Kyambogo and won 4 times including the memorable 2014 final at Namboole.

En route to this season’s quarter-finals, MUBS has had a perfect run winning all 6 of their games in Group B against Nkumba University, University of Kisubi and Muni University and finishing on top of the table.

On the other hand, Kyambogo won 2 twice, drew once and lost once against Kabale University and Bishop Stuart in Group C which had three teams.

Both teams are in high spirits coming into the game with MUBS coach Ayiekoh Charles saying it is going to be a great game of football.

“Any game against Kyambogo is a big game, it is a UFL derby and everyone is excited and looking forward,” Ayiekoh said.

“We are at a bit of a disadvantage since we have just come from exams and I know we shall need to double our efforts to win the game,” Ayiekoh added.

For Kyambogo University coach Lobo Christopher, the belief is high that this time round they will get the better of MUBS.

“We are also very ready and very excited about the game. Everyone is in good spirits and we are looking forward to a good game. MUBS is a good team and has been beating us but this time we have prepared and we are confident we shall win,” Lobo said.

“The team is fit, we have no injuries and everyone is set,” Lobo added.

Action in the Pepsi University Football League continues as follows;