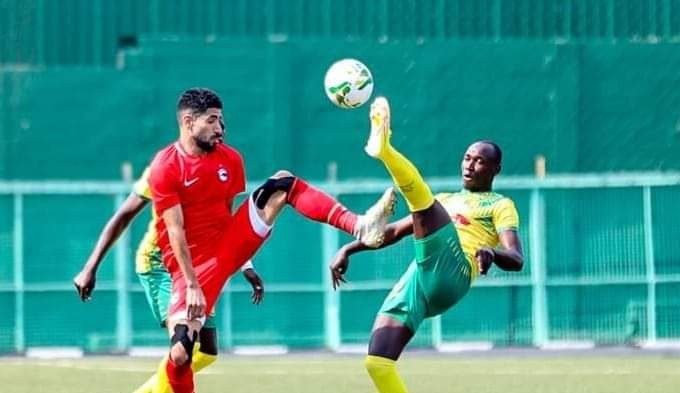 Uganda Cup winners BUL FC have been eliminated by Egyptian side Future FC at the first round of the CAF confederation cup preliminary round.

This follows their 1-0 defeat in the second leg played at the Cairo international stadium on Saturday.

The two sides had played to a goalless draw in the first leg at Kitende.

Joseph Jonathan scored a beautiful freekick late in the 76th minute to see that his side advanced to the next round.

BUL played the best part of the game a man down, after defender Walter Ochora was sent off early in the 20th minute.

Just as it was in Kitende, the Jinja based club once again failed to convert the few available chances in the game.

Pascal Ngoobi, notably, was denied by the post in added minutes to compound BUL misery.

But they had remained compact at the back throughout not until they conceded through a free kick with 14 minutes to play.

It is now end of the road for Alex Isabirye’s men at the first round of the preliminary stages.