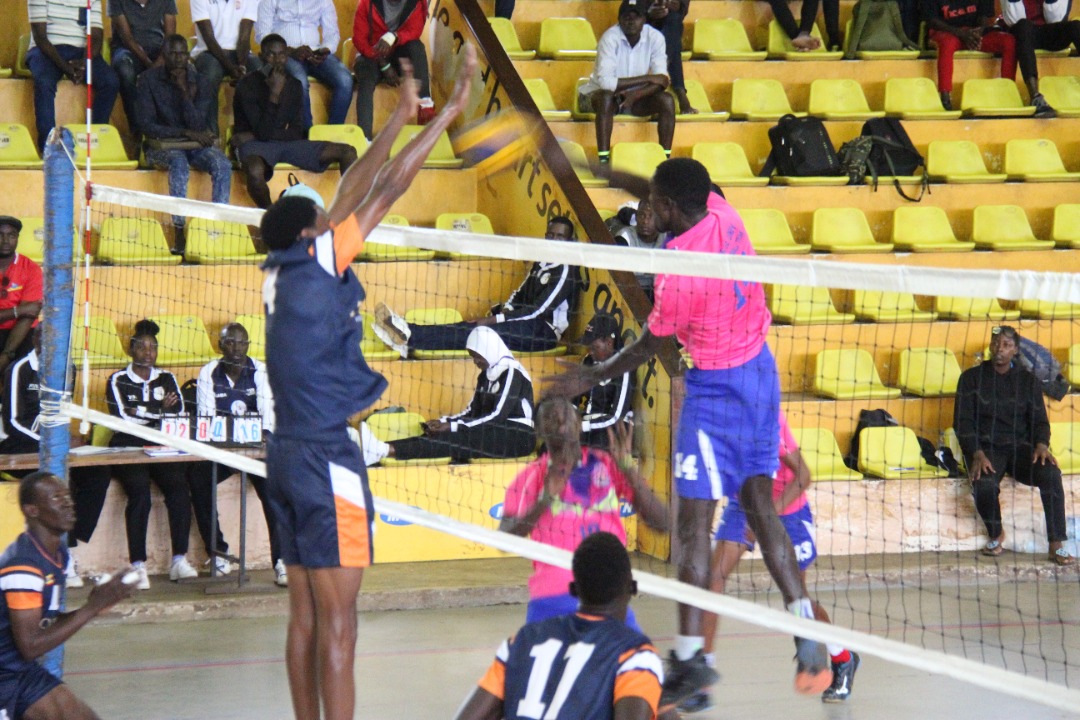 Nemo Stars looked to have recovered from a poor start when they led 2-1 after the third set, but Ndejje bounced back to level proceedings before winning a decider.

Leading 14-13 in the decider, Ndejje’s Ronald Kitosi delivered the final blow when his powerful spike was double-blocked outside the court to spark wild celebrations.

The win is the third for Ndejje against Nemo Stars within a short spell having beaten last year’s finalist earlier during Ndejje Open and at the National Championships in Iganga.

“All the gratitude goes to the Almighty God because he enabled us not to get any injury and players didn’t lose focus,” Ndejje coach Sadati Wagumo told The-SportsNation after the 3-2 win.

“The players really wanted this one and they showed it. We have been met them twice and we had beaten them, and this was one when we proved them. I just thank God that he managed the players beat Nemo.”

Ndejje started off hot before winning the first set 25-21. Nemo continued to struggle and were made to play catch up for the best part of the second set before sealing it 28-26.

They eased into the lead when they won the third 25-17, but were pegged back as Ndejje won the fourth set 25-20 to force a decider.

Ndejje led 8-7 midway through the decider and remained in control, benefited from a couple of Nemo errors before winning 15-13 to complete a 3-2 stunning fight back.

It was a show of resilience from Ndejje who failed to make the playoffs last season having finished sixth.

Coach Sadati explained: “Last season was a menace especially for institution teams because of COVID.We were just gathering players when the league started, and by the time we hit top form, the league was already in the second round and we couldn’t get into playoffs.”

“This time round, we have had enough time to prepare and I feel we are ready to go. We want to focus on game by game and then we shall see how far we can go. I am not setting any target for now.”

Nemo Stars will hope to make amends in the coming games but it promises to be another empty season for the side having lost last season’s final to OBB.

Andrew Okapis’ team also failed to get past the groups in the National Championships last weekend in Iganga!

It was a good day for Sport-S whose Women team beat KAVC. OBB’s Women side beat Nkumba 3-2 on their league debut.