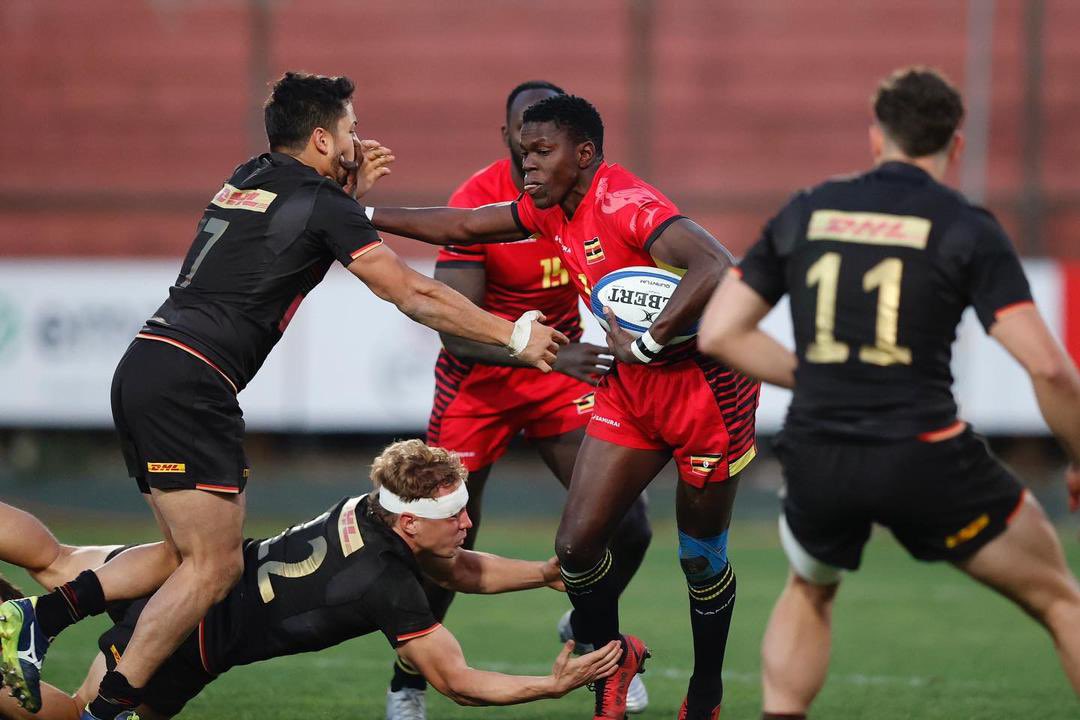 Uganda will be making their second appearance at the World Cup after finishing 19th on their debut in 2018 in San Francisco in the United States.

And when the much anticipated tournament, first to be held in Africa, gets underway on September 9 in Cape Town, the Uganda Sevens will be hoping to set another marker.

It comes on the back of Uganda’s impressive show at the Commonwealth Games in Birmingham and World Challenger Series in Santiago, Chile.

In Birmingham, the Rugby Cranes finished 10th after a run that was highlighted by a 12-12 draw with giants Australia.

“Our performance was good. We fell short of our goal which was to go through to the group stages and into the main cup quarterfinals,” Coach Tolbert Onyango told The-SportsNation in an exclusive interview.

“I am proud of how the team performed.”

Making their fifth straight appearance at the Commonwealth Games, the Rugby Cranes will feel they could have done better but that opening loss against Kenya was a big setback, coming against a team Uganda had previously beaten at Kyadondo in the Qualifiers.

“We were a bit unlucky and got 2 yellow cards and that disrupted things,” Onyango points out the sin bins to Ian Munyani and Adrian Kasito.

But they managed to bounce back to put up a good show against Australia, in a match where Phillip Wokorach and Desire Ayera crossed over.

However, Onyango felt that they could still have got more than a draw against the Aussies who were reduced twice with two yellows.

“We were disappointed with the way we lost to kenya. We simply agreed to give it our best shot against Australia but also fell short. A draw that felt like a loss is what it was.”

They beat Jamaica 40-00 to finish third in the Pool before overcoming Sri Lanka and Tonga, and later fall to hosts England in the last qualification game to finish 10th.

Onyango says that it was a good opportunity for his Boys to rub shoulders with the Big Boys in the game: “Best way of improving is by playing the top nations and bench marking oneself against them.”

A few days later, the Rugby Cranes crossed the Atlantic to Santiago, Chile for the Challenger Series.

After another good show, Uganda’s fairytale was ended by Germany in what turned out to be a controversial match after contested officiating.

Uganda had the game in control, and led 14-00 at halftime before falling 17-14, the second loss against Germany in the tournament.

“Yes, close games against Germany. Losing both by 3 points. I won’t go into Referee issues. We know where we fell short in both games and we shall sort it out.”

That loss ended Uganda’s dream of attaining a World Series core status, a milestone that went to eventual Champions Uruguay, a side that Uganda had beaten in their opener at Santiago.

There have been a couple of positives for this team but it has been a journey that was laid with a good strategy of separating most of the Sevens players from the National 15s team.

And the addition of former player and coach Timothy Mudoola on the technical team as a Strength and Conditioning Coach last year is another move that has yielded dividends to a great extent.

“I think Timo (Timothy Mudoola) has been with us for six months and has brought in a different voice and different way of looking at things. He has done well.”

It’s few days to the World Cup, and Uganda will be hoping to build on recent performance to create a good run.

Onyango stated: “I believe our players have improved lots but so are other teams.They surely aren’t standing still so the World Cup will be a hotly contested one.

“A few areas to correct structure wise on pitch and we shall be fine. Where we struggle is in terms of player depth. The kind that can compete internationally. We need to do more in that area.

“Not much time to the World Cup but ball retention in collisions and the kick offs have been a pain.”

He is expected to name the same team including youngster Karim Arinaitwe.

On the young players on the team, he commented: “The young players are still obviously raw but will get better with time as they compete in more high level tournaments.”

Onyango said that their target is to win the first game against Samoa then see what comes up next.