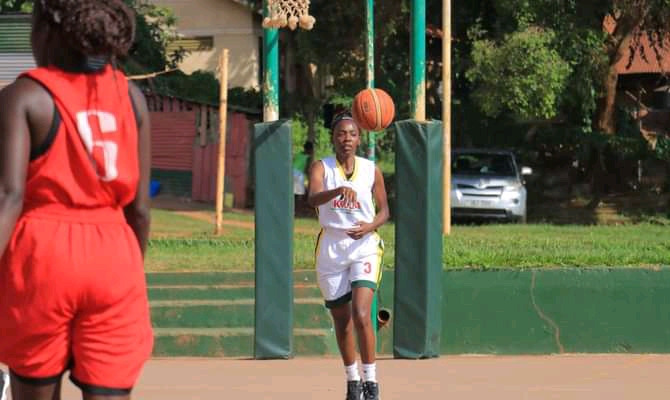 KCCA Leopards and KIU Rangers meet at Lugogo on Wednesday in the final regular season game of the National Basketball League.

This fixture was scheduled to be played on Sunday but postponed because KCCA coach Ali Mavita was out of the country with Junior Gazelles team in Madagascar at U17 Afrobasket Championship.

The tie also pits together both coaches of the Junior Gazelles team – Rogers Sserunyigo who is Mavita’s assistant on the National U18 team is the head coach of KIU Rangers.

It’s strong to note that Mavita replaced Sserunyigo as the head coach of KCCA Leopards. Sserunyigo moved from KCCA to UMU Ravens before switching KIU.

With Nkumba Lady Marines and A1 Challenge already relegated, the remaining eight teams have advanced to the playoffs that are set to start on Friday, August 19.

The remaining match between KCCA and KIU will determine which team will finish third while the beaten side ok Wednesday will finish fourth.

Both teams (KIU 3rd and KCCA 4th) are on 13-4 record – just below UCU who are 14-4 record – but they cannot finish above the Mukono-based side who edge them on a better head-to-head.

The third team will meet Miracle Ravens while the fourth team will face off with Angels in the playoffs.

Much as there might not be any big line separating Angels and Miracle, but finishing third means that you have avoided to meet the top ranked team in JKL Lady Dolphins until the final.

The third-placed team, if they go past their first hurdle of the playoffs, will meet winner between UCU Lady Canons and Magic Stormers in the semis.

KCCA have struggled to get a standout performer, and notably, no player is averaging double figures in points or rebounds.

They have a good roster all throughout from new signings Ruth Letaru to veterans Martha Soigi and Judith Ayo Nansobya among others.

And how Mavita plays with those pieces, will determine not only KCCA Leopards’ result against KIU but also their ceiling in the playoffs.