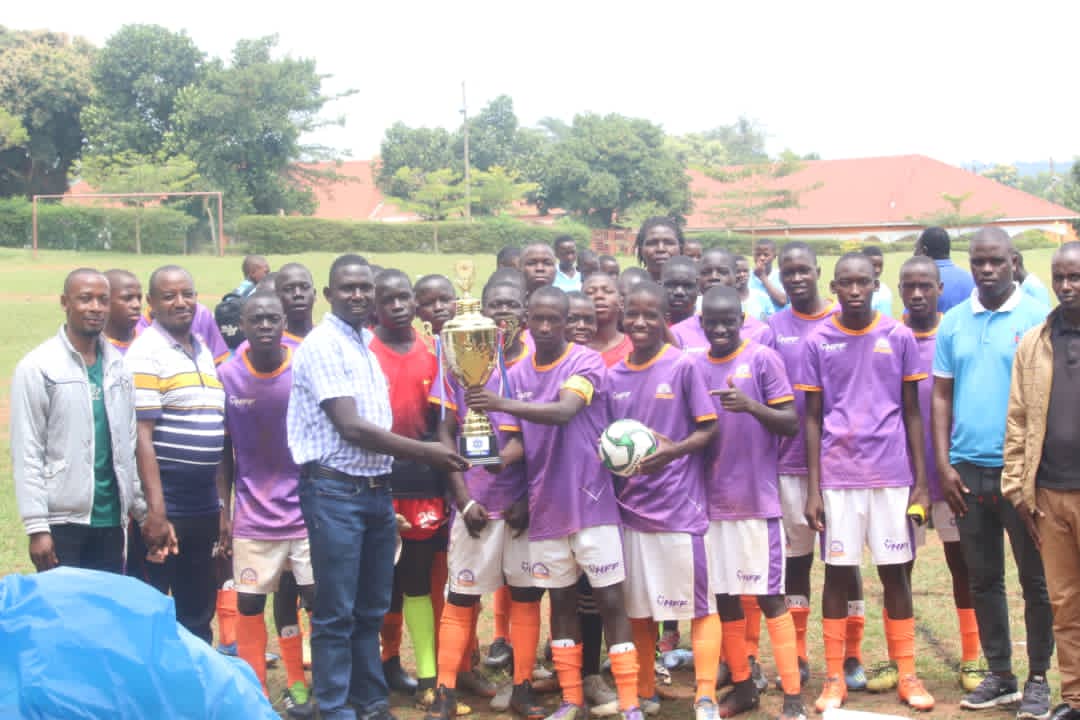 They were crowned champions after beating Janan Primary School 3-0 in Saturday’s final played at Bombo.

Henry Sserwadda was the hero after notching in a brace while Francis Balaba scored the other goal.

They had beaten Mivule, Kunda Brain Trust before falling to Kanjuki Junior School in Group A. The edged Sumayah International School in the semis to storm the final.

“I wish to thank all schools for competing in this tournament because football at youth stages requires more investment,” said Kiwanuka.

“I call upon School Administrators to always employ qualified disciplined coaches because at this age, players are at a stage where most of things they see and hear are stored on their memories.”

Kiwanuka also added that FUFA and all Association Members usually stage capacity building courses, not only in coaching, but also on the side of administrators, and hence implored all stakeholders in youth football, especially schools, to take part in these courses.

Buganda Region Football Association Development Officer, Wilberforce Ssemwogerere, thanked all schools and other stakeholders for investing in the game.

In the Girls category, three (3) schools turned up, and the format used was the ‘point robin’, and here, Bombo Umea defeated all teams to top the group with six (6) points and five (5) goals.

Rays of Grace Junior School will raise the Buganda Region flag as representatives in the National finals in the Boys category.

The finals will be held at the FUFA Technical Centre, Njeru, and they will be up for the same task as they had in the inaugural championship which they went ahead to win.

Meanwhile, Bombo Umea will also represent the Buganda Region Football Association in the Girls category in the National finals.

The Champions in the two categories at National finals, that is, both Boys and Girls, will represent Uganda in the 2022 FEASSA Games in Arusha, Tanzania, where the top teams will represent East Africa in the World School Games in Serbia.