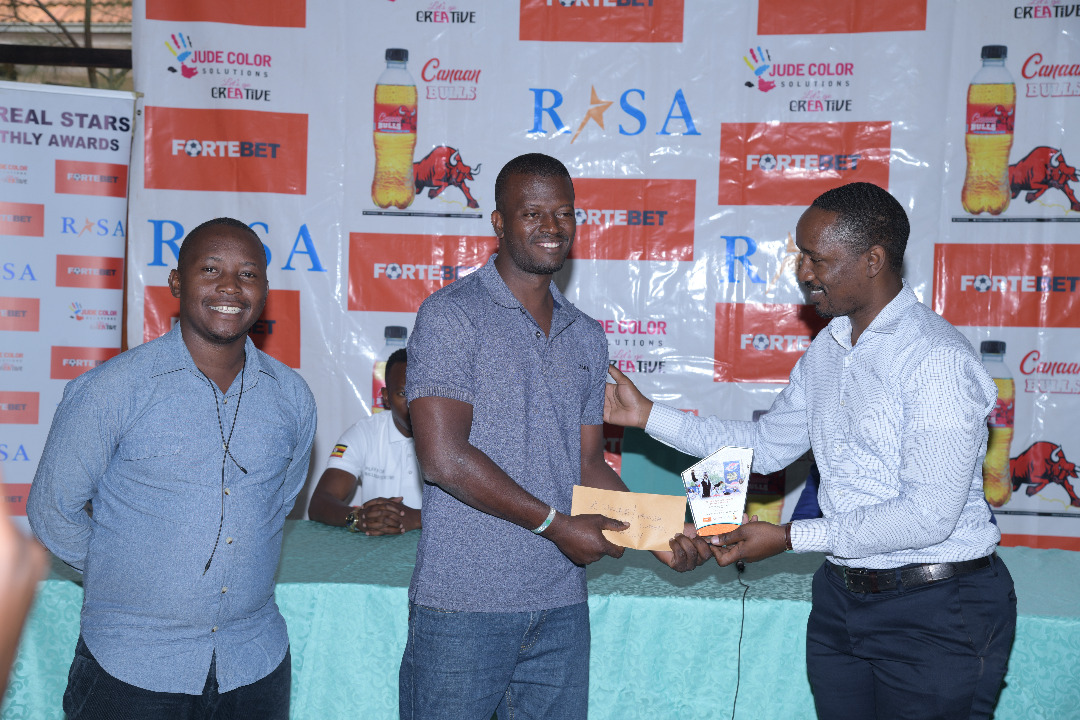 Umar Dauda wants to go for more after he was named the best Rally Driver of July at the ForteBet Real Stars Awards.

Dauda, together with his navigator Hamza Lwanga, surprised everyone when they cruised to victory at the Fort Portal Rally in stunning fashion.

And they were on Tuesday recognised for their achievement at the Real Star Awards held at Route 256 bar in Lugogo, Kampala.

Mukula won the CRC category in Fort Portal before clinching the recently concluded ‘Bring Back Dusty Nsubuga’ Sprint in Garuga.

Kansiime on the other hand, finished a surprising second in Fort Portal to move third on the NRC charts with 141.5 points.

“This award is a major boost for me,” said an elated Dauda.

“It’s a learning experience that when you perform good you are rewarded and it feels good to be recognised and honoured.

“It has given more extra motivation to work hard and I want to win more. I thank the organisers and my fans as well.”

Dauda sits second on the National Rally Championships leaderboard with 178 points, behind leader Ponsiano Lwakataka who is 262 points.

He will hope to cut the deficit this weekend at the Bwera Bistro SMC Rally in Greater Masaka.

“We have tried to do more preparations especially with the car because it’s the most important element,” Dauda commented when asked about his readiness for the Masaka event.

“Since leaving the Fort rally, we have tried to revamp our car and it’s in good conditions to conquer. My fans should just expect the best and good competition. They have better cars, ours is very old but because I am a good driver, I have managed to get good positions.”

Driving a Mitsubish Evo VI, Dauda will be hoping to build on his first ever Rally Victory.

Mike Mukula has already pulled out of the Masaka rally over personal issues but over 30 crews have already registered including Jas Mangat, Hassan Alwi, Duncan Mubiru, Ronald Ssebuguzi and Lwakataka among others

Other ForteBet Real Stars Winners include Victor Kiplangat who won Uganda her first ever Marathon gold at the Commonwealth Games.

He beat Joshua Cheptegei and Jacob Kiplimo who won Gold and Bronze respectively at the World Athletics Championships in Oregon.

Midfielder Amuri Mukasa was named the best Footballer after the midfielder bagged three goals in the ongoing Masaza Cup for Ssingo.

Amisi Saidi was named the best Basketball player after a stellar campaign with Nam Blazers, ahead of Power’s Innocent Ochera and JKL Lady Dolphins’ Brenda Ekone.

Daniel Wanyama of Namugongo was the best Ludo Player, beating Kathryn Nakamya and Geoffrey Galabuzi after he clinched the Ludo Championship help at Lugogo Hockey Club.