Commonwealth: Kibira Through, Nakimuli and Tukamuhebwa in Action 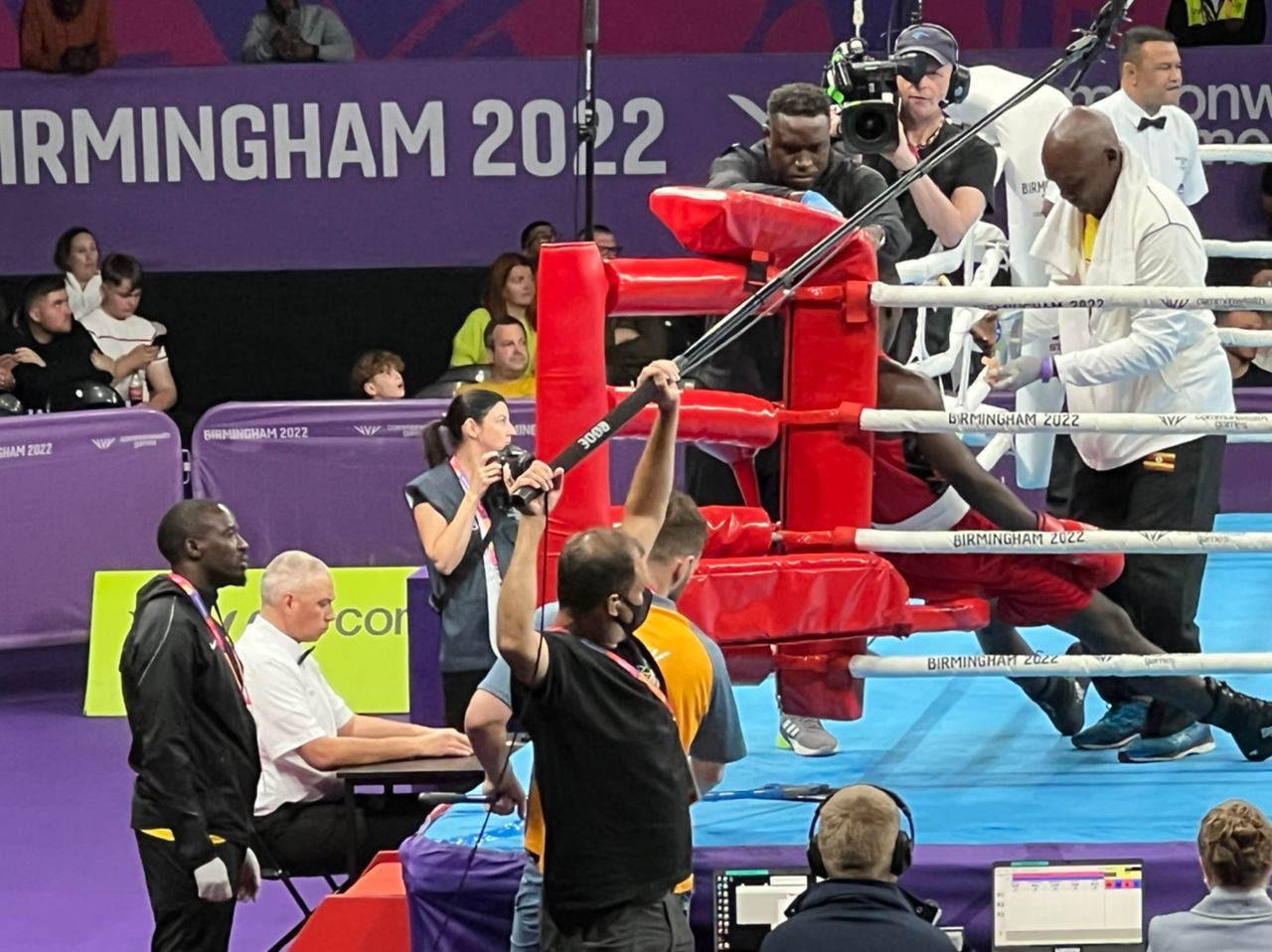 Uganda’s Boxer Isaac Owen Kibira progressed to the Quarterfinal of the Men’s Welterweight at the ongoing Commonwealth Games in Birmingham.

Kibira beat Ali Mohammed of Bangladesh, claiming a win by unanimous decision (5-0) at the Round of 16 bout held at the National Exhibition Centre on Tuesday.

Cheered on by a section of Ugandan fans, Kibira fought gallantly in his fight to seamlessly convince all the five judges in a deserved victory.

He will now face Stephen Zimba of Zambia on Thursday at the Quarterfinals.

Zimba earlier beat Eugen McKeever of Northern Ireland in a fight that was stopped just after two minutes.

On Wednesday, Teddy Nakimuli will be stepping in the ring for the first time at the games after receiving a bye to this round.

She will be facing off with Sierra Leone’s Sarah Joo Haghighat in the Women’s Light Flyweight division, with the win sending her to the semis which will guarantee Uganda her first medal at the ongoing games in Boxing.

In similar scenarios, Joshua Tukamuhebwa, set for his third fight, is a win away from entering medal brackets.

He will be up against Canada’s Wyatt Sanford in the Light Welterweight Quarterfinal.

It’s strong to note that only Juma Miiro was the only Ugandan Boxer to win a medal at the previous Commonwealth Games when he scooped Bronze at Gold Coast.