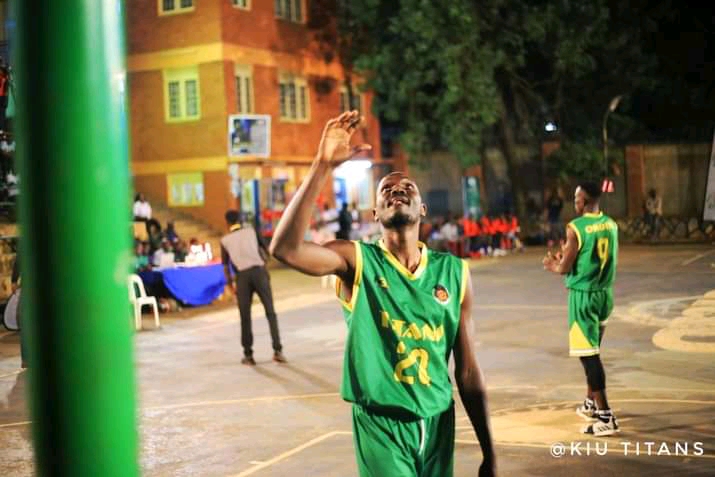 The Panthers, trailing 16-26 after the first quarter, gave it their all after a slow start.

They were down by just two points 46-48 at halftime, tied it going into the final frame before they were overrun by a well oiled KIU Titans side.

KCCA Panthers coach Brian Wathum was facing his former side and he was animated throughout the contest, against a same side he lost by one point (64-65) in the first round.

Martin Buluma scored 32 points and 10 rebounds but his vain proved not enough for the Panthers who also had Emmanuel Odongkara (12) and Wilson Otweyo (10) reach double figures in scoring.

Fidel Okoth led the way for the University side with a double double of 21 points and 11 rebounds while Joseph Chuma also doubled with 13 points and 14 rebounds.

It’s a sixth win in a row for KIU who improve their record to 15-8 and will meet Our Saviour in their last regular season game.

KCCA Panthers have lost three in a row after previous defeats against Nam Blazers and City Oilers in what has been a Fixture alignment of title contenders.

They will hope to improve their 10-11 record in their remaining games against Ndejje University, UPDF Tomahawks and JKL Dolphins.