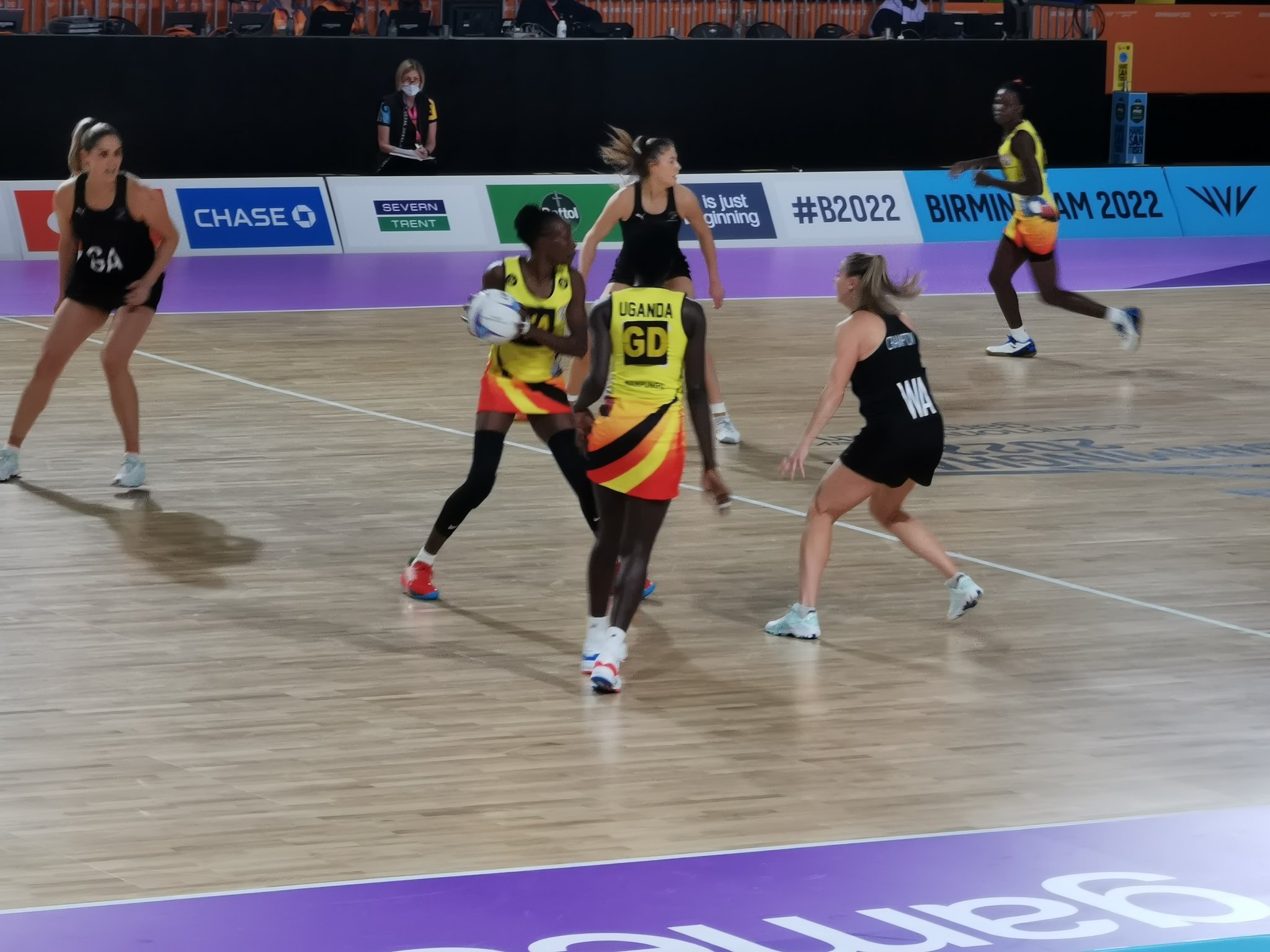 Uganda’s National Netball team, the She Cranes, put up an admirable fight in their opening 53-40 loss against New Zealand in the 2022 Commonwealth Games in Birmingham.

The team won many hearts, especially in a third quarter which they won 11-8 against a New Zealand side that is not only ranked number two in the World Rankings but are also World Cup holders after that 2019 triumph.

Captain Peace Proscovia struggled in the opening exchanges before she paved way for Mary Nuba Cholhok at halftime.

And the Loughborough Lightning scored 19 goals in the second half as Uganda lost by a respectable score.

Goal Attacker Irene Eyaru scored 16 goals for Fred Mugerwa’s charges who return to action on Sunday against Trinidad and Tobago.

But cheered on by a sizeable crowd, the She Cranes kept on coming before losing by 13 goals.

Uganda had a nervous start and were punished by New Zealand’s quick passing.

And the Silver Ferns continued to exert pressure everytime Uganda were in possession as their goal shooter Grace Nweke overwhelmed Uganda’s defence.

The She Cranes couldn’t get going things going upfront as they could have wanted, and ended up making many lateral movements.

Proscovia looked rusty and shot 5-for-8 before she was taken off, paving way for Nuba.

And when the Girls got into their groove, things started to work out.

The crowd at the National Exhibition centre recognised the She Cranes fight with loud cheers, and shouted in joy at each goal Uganda scored. And many ‘lets go Ug’ chants were heard pelting out from the crowd.

The She Cranes will look for some positives to build on after some brilliance including Jesca Achan who made some good passes, as the rest of the team fought for every possession.

Shaffie Nalwanja made the game’s highlight, with a block to deny a pass from Wilson Maia.

And Mugerwa will feel that his team left everything on the court but with more games still to come, he will be demanding a lot more than that.

There were concerns as the team lacked anticipation to make steals while the scorers were repeatedly denied by the posts.