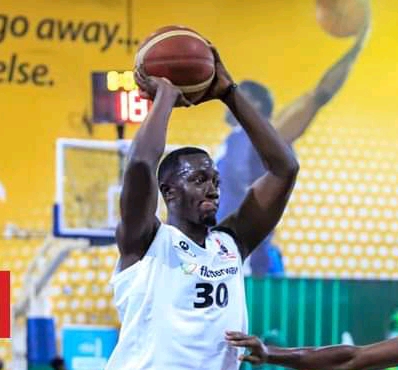 The Blazers got a scrappy 76-68 win in a league game played at Indoor Arena in Lugogo on Friday.

It’s the 11th consecutive win for Namuwongo, now tied on 16-4 record with City Oilers but they edge the Seven-time NBL Champions on a better head-to-head having beaten the side on both occasions in the regular season.

If they retain that position at the end, Nam Blazers will have avoided to meet both City Oilers and UCU Canons before the final provided the two sides finish second and third.

On Friday, Power didn’t make life easy for Nam Blazers and kept the side in sight throughout.

Nam Blazers led by just a point going into the final flame and remained a close exchange thereafter before Nam Blazers threaded a 9-1 run with three minutes to go to get a breather.

And when Power tried to come back into the contest, Collins Kasujja who had been subjected to a long night by the silky Innocent Ochera, picked a valuable steal finally before the Power guard tripped him to the charity line.

And after Kasujja converting both throws, Nam Blazers took an eight-point lead, and Power never recovered as they surrendered to their eighth loss of the season.

It was a commendable effort for Bernis Ankunda’s Power but they were hard done by a couple of selfish plays lack of conviction from some members of the squad.

Ochera scored 17 points, Samad Imran added 14 while Geoffrey Soro had a double double of 10 points and as many rebounds in the loss.

Ariel Okall was outstanding for the leaders, sinking 19 points and 13 rebounds. Deng Dikong and Paul Odong adding 13 and 12 points respectively for a side that saw their ever reliable Amisi Saidi limited to just five points on a night.