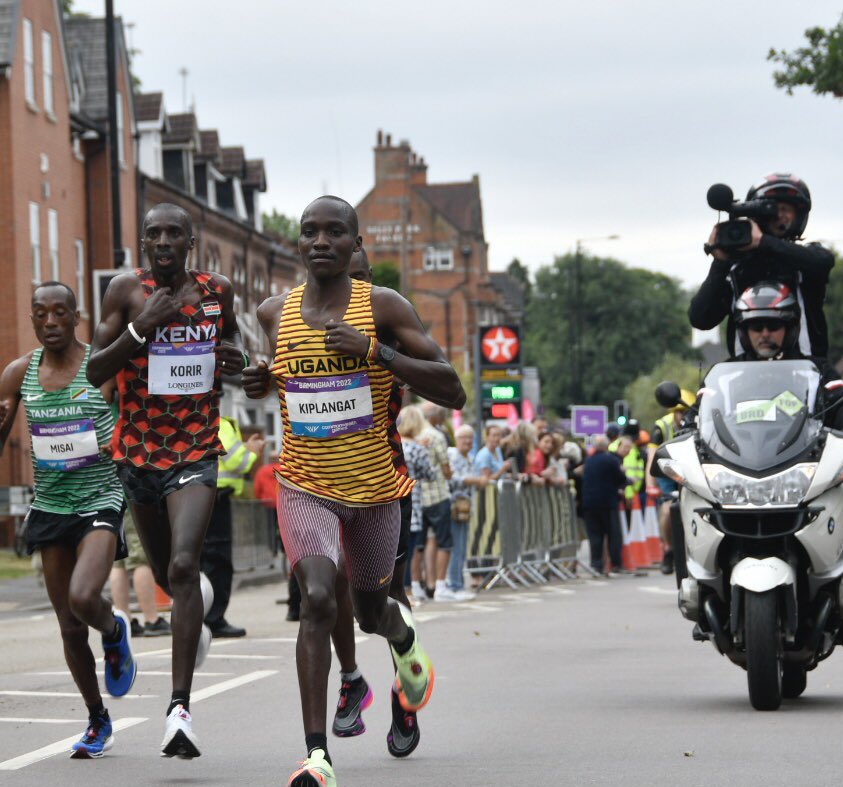 Kiplagat ran a fastest time of 2:10:55 to clinch gold in Birmingham on Saturday.

Alfred Simbu (Tanzania) clocked 2:12:29 and Kenya’s Michael Githae in a time of 2:13:16 came second and third as East Africa completed a medal sweep.

It’s the best placement for Uganda at this stage after Solomon Mutai clinched Silver at the 2018 games in Gold Coast.

Stephen Kiprotich won 2012 London Olympics and 2013 World Championships titles but no Ugandan had ever won a gold medal marathon at Commonwealth Games before Saturday.

It’s the first medal for Uganda at the ongoing games, and medal number 56 overall (17th gold) at the games competed for by former British colonies.

The Pearl of Africa will feel it’s the first of many medals the team of over 70 members will garner in Birmingham.

Kiplangat To The World

Kiplangat will be turning 23 in November and he will surely believe that this is the start of his many achievements to come.

He won the World Mountain Running Championships (2017) but that cannot compare to his Marathon title in Birmingham.

On Saturday, he kept himself inside the leading pack as Australia’s Liam Adams dictated pace.

But as they approached 25km, Kiplangat fancied his tank and started to run bold.

And he powered home in a time of 2 hours, 10 minutes and 55 seconds on his championship marathon debut.