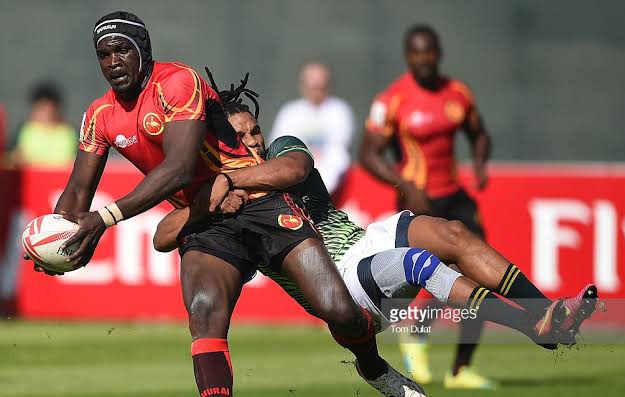 With just hours to the opening ceremony of the 2022 Commonwealth Games, Uganda’s Rugby Cranes held its penultimate training session at the Backstreet rugby football club in Coventry.

The team camp in Birmingham is oozing with confidence ahead of the games.

The Rugby Cranes that arrived on Monday have gone through training sessions supervised by head coach Tolbert Onyango.

“My team is set, I have players that have been to these games more than twice and will definitely show class,” said Onyango.

Its now full squad after the arrival of France-based Philip Wokorach who believes now is the time for Cranes to soar.

“We are here to show the World that we are African Championships not by accident,” Philip Wokorach said.

The Rugby Cranes in Birmingham comprise of 14 players including debutant Karim Arinaitwe.

Rugby Cranes and overall team Uganda Captain Michael Wokorach briefly commented: “The team I lead has a lot of experience, we have no stage flight because apart from Arinaitwe the rest have been to these games before and we have beaten almost everyone in our group before which gives us confidence.”

Uganda is in Pool D and start their campaign with a double header against Kenya and Australia on Friday before Jamaica on Saturday. The top two teams in the group progress to the knockout.

In 2018 at Gold Coast, Uganda finished third in the group with a 33-10 win over Sri Lanka and two losses against Fiji and Wales.

The Rugby Cranes qualified to Commonwealth after reaching the semifinals of the 2022 Rugby Africa 7s in Kampala, which they eventually won to also book a 2022 Rugby 7s World Cup ticket to South Africa.