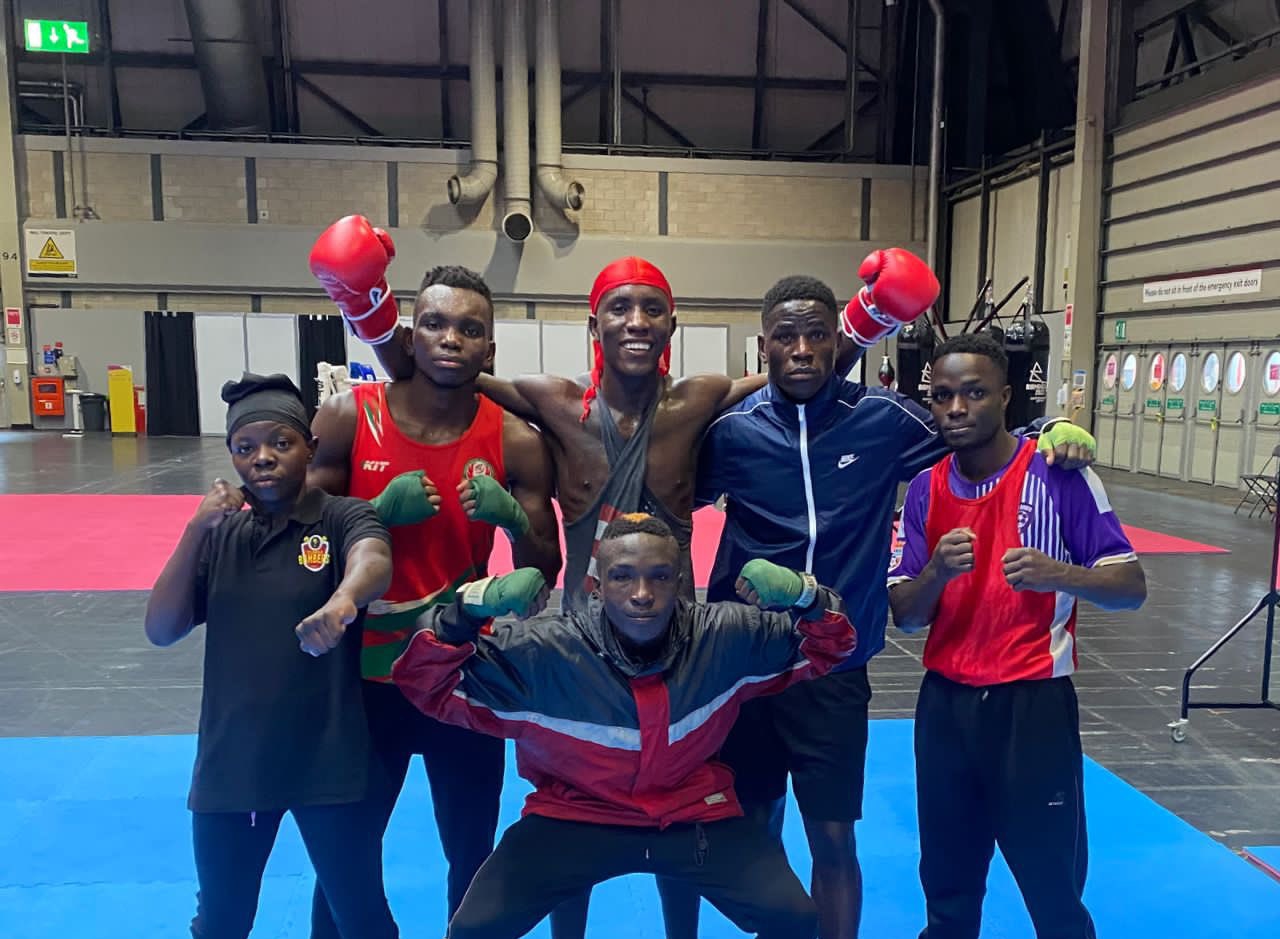 Uganda’s Boxers have learnt their opponents at the 2022 Commonwealth Games in Birmingham.

Boxing at this year’s Commonwealth Games will be held at the National Exhibition Centre in Solihull due July 27 to August 7 2022.

Uganda is being represented by six boxers including one female fighter Teddy Nakimuli.

This is the same squad that represented the country at the Mount Kilimanjaro championship in Tanzania last month.

Uganda has won 31 Commonwealth Games medals in the sports discipline of Boxing.

But only Juma Miiro (Bronze) won a medal from five boxers that went to last Commonwealth games in Gold Coast (2018).

This team was selected from the Boxing Champions League tournament, an initiative by the current Boxing Federation Leadership.

It’s a whole new team from the one that represented Uganda at the Tokyo Olympics that had Catherine Nanziri, Shadir Musa Bwogi and David Ssemujju who shunned from taking part in the Champions League over contract ‘discrepancies.’

Three of the six fighters will start their campaign at the Quarterfinals, with a win guaranteeing them a medal!

Female boxer Teddy Nakimuli in the flyweight category will be making her debut on the internation scene and will take on Sierra Leone’s Haghighat Joo and starts on the Quarter finals.

At the 2019 National Open, Nakimuli was the best female youth boxer. But a year later, the University of Pain Boxer lost 3-2 to Catherine Nanziri in the National Elimination round ahead of the African Olympic Trials in Dakar, Senegal.

Women’s Boxing was first allowed in the Commonwealth Games at the Glasgow 2014 edition and the Birmingham 2022 presents Nakimuli with a chance to write her own chapter of history.

Her opponent Haghighat Joo she is based in Canada though born in British Columbia, she was the reigning amateur boxing champion of Canada and Ireland holding the 54kgs national title.

Kyobe, in the feather weight, will take on Botswana’s Molantwa George at the round of 16.

Kyobe also making a debut internationally will have to pull out the extra effort and talent if he is to out compete experienced Molantwa.

Molwantwa is the national champion of Botswana in the feather weight, was at the 2017 Africa Boxing Championship in Congo Brazaville, won Gold at the 2018 Mandela Championship in East London and also took part in the 2019 All Africa games in Rabat Morroco.

Tukamuhebwa is the captain and will be in the Light Welter weight against Northern Ireland’s Hale John Paul at the round of 16.

He is the most experienced player having featured in the 2019 All Africa games and the Olympic Qualifier games in Dakar Senegal.

The 21-year old Hale John Paul is the Norther Ireland National champion, competed at the European and World Championships. He beat number three seed on his way to Quarterfinals of May’s European Championships before loosing to eventual gold medallist Artush Gomtsyan.

He is the son to the late Zebra Ssenyange, a former national team captain who was gunned down by Security forces.

He will make his international debut and looks forward to follow his fathers legacy.

Ssenyange will tussle it out with Lesotho’s Pakela Arena in the light middle weight category at the round of 16. Pakela is fresh from the Tokyo 2020 Olympics in Tokyo and was one of the two boxers from Lesotho that went o Olympics

Kibira takes on Bangladesh Hossan Ali at the round of 8 in the welter weight.

Nkobeza, in the middle weight category, will take on winner between England’s Lewis Richardson and Haaris Khan of Wales.

Nkobeza was a joy to watch during the Champions League where he beat Ronald Okello, Denis Okello and Rashid Yiga.

He beat Tanzania’s Kevin Kipinge in the second round for a gold medal fight in the middle weight category at the Mount Kilimanjaro Boxing Championship in Tanzania last month.