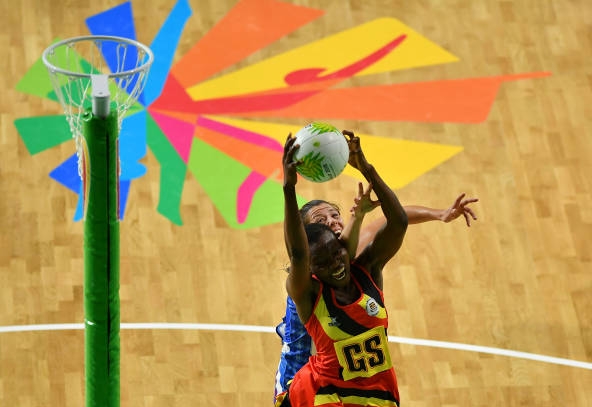 She Cranes captain Peace Proscovia is confident that the team will put up a good show at the 2022 Commonwealth Games in Birmingham.

The She Cranes, Uganda’s Senior Netball team, is making her second appearance at Commonwealth Games after their debut in 2018 in Gold Coast, Australia.

Then, Uganda finished sixth in a campaign they picked three wins (against Malawi, Wales and Scotland) to finish third in Group before falling to South Africa in a fight for fifth place game.

“We have gained experience since the 2015 World Cup and the previous Commonwealth Games (2018),” said Proscovia.

“This team has come with a lot of experience and we are looking forward to what the team can do. We expect the best, we can’t control the end result but the truth is that it is a much better team that has learnt a lot from the past and it’s ready to give good results.”

The She Cranes arrived in Birmingham on Monday after months of eventful training in Kampala.

But Proscovia who plies her trade with English side Surrey Storm, was not part of the Ugandan contingent and has just joined up with the team in Birmingham.

“This is not the first time, I have always joined the team straight into the games, I have kept in touch with them. Uganda is rich of good talent, even the team that was left behind can replace the team that is here and produce good results,” she added.

“I am privileged to be in the team this time round and I have always kept in touch with them, but I have been working on my side, doing what I am supposed to do, If I do everything I can control, and play to the best of my ability, I will gel in the team properly.”

Uganda is in Pool B alongside hosts and defending champions England, and will be hoping to finish among the top two to reach the semis.

The She Cranes received an automatic qualification to Commonwealth Games after their performance at tbe Pent Series and Africa Netball Championship in Namibia, a display that moved them from seventh to sixth in World Rankings.

The team comprises of a couple of big names, including UK-based duo Proscovia and Mary Nuba.

Nuba and Proscovia are both established Goal Shooters but coach Fred Mugerwa may this time opt to start them both, with either playing as a Goal Attacker.

Commenting on the versatility, Proscovia stated: “The team is made up of multi talented players, if the opportunity presents for me to play Goal Attacker (GA), well and good if not, we have excellent GAs who can do well, it’s not about the height, they have the skill and can execute the duty to the best of their ability.”