Cheptegei Not Competing At Commonwealth Games 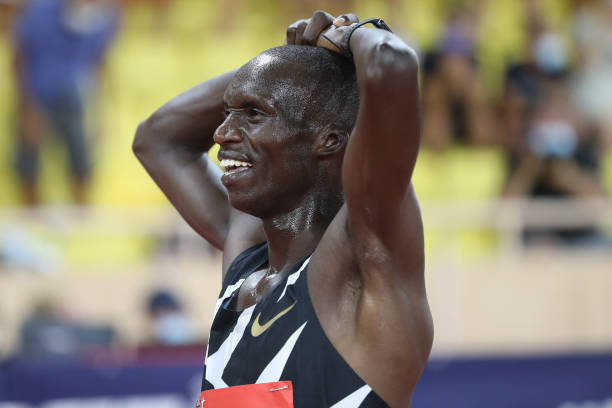 Long distance runner Joshua Cheptegei will not be taking part at the forthcoming 2022 Commonwealth Games in Birmingham.

Cheptegei had earlier been listed on the contingent to represent Uganda in Birmingham.

With no official communication yet, The-SportsNation has learnt that the multiple World Record holder has opted to take a rest instead.

Jacob Kiplimo, Peruth Chemutai and Stella Chesang are some of the athletes that competed in Oregon that will also take part in Commonwealth Games

In addition, three Uganda athletes – Halimah Nakaayi, Winnie Nanyondo and Tarsis Orogot – may miss the games due to Visa Issues.

Javelin thrower Josephine Lalam, and sprinters Benson Okot and Pius Adome will not be in Birmingham despite being shortlisted on travelling Contingent earlier on.

The development means that Cheptegei will not be able to defend his 5000m and 10,000m titles he won at the 2018 Commonwealth Games in Gold Coast.

He just won the 10,000m World Title at the 2022 World Athletics Championships in Eugene, Oregon.

And later came ninth in 5000m, in a difficult race where Uganda’s Oscar Chelimo won bronze.

A couple of athletes from other countries who competed at the Worlds feel that there has not been enough room to rest and then acclimatise in Birmingham.

Cheptegei, per close sources, feels his body is not ready to perform in Birmingham and hence needs more rest ahead of a big schedule ahead.

The much-fancied World Championships return as early as next year – Scheduled to be held from 19 August to 27 August 2023 in Budapest, Hungary.