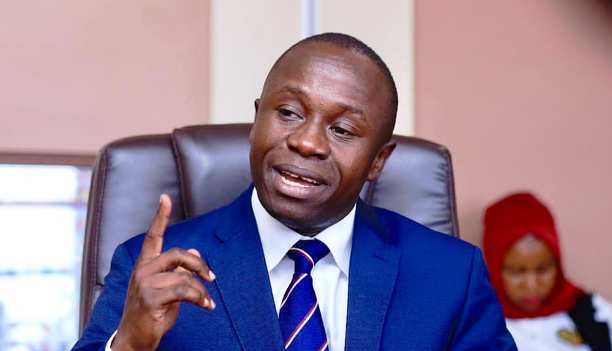 Peter Ogwang has been appointed as the new Minister of State for Sports, President Museveni confirmed on Thursday.

Ogwang, Ngariam County (Katakwi District) MP, has been serving as the Minister of State for Economic Monitoring in ftOffice of the President.

He replaces Hamson Obua who has been appointed the new Government Chief Whip.

In related developments, DP Chairman Nobert Mao has been appointed the Minister of Justice and Constitution Affairs.

Agago Woman MP Akello Beatrice Akori is the new Minister of State for Economic Monitoring Office of the President.

Obua leaves the Sports Ministry office since he sworn in on January 13 2020, when he replaced Charles Bakabulindi.

The news of Obua being replaced from the Sports Ministry finds him in Oregon (US) attending the World Athletics Championships, alongside NCS General Secretary Dr Patrick Bernard Ogwel

During his spell, Obua always expressed his discontent with the little funding allocated to the Sports Sector.

But by the time of his departure, the Sports budget has increased from Sh17bn to Sh47bn this new Financial Year 2022/23.

He was very vocal especially in recent months when the Budget was cut by more than half in the last two years.

He has also been instrumental in seeing that the dilapidated Namboole is refurbished, a move that started with securing it’s land titles.

However, a couple of Federations especially Uganda Boxing Federation will be the happiest that his reign has come to an end after accusing him of siding with FUFA (Football) given his well documented relationship with FUFA Boss Moses Magogo.

A lot more work still needs to be done especially in terms of acquiring more Sports Facilities and internal wrangles inside Federations.

His appointment to Government Chief Whip will be seen as a promotion for his good work as he is now a Cabinet level minister.

Ogwang is a youthful leader and that’s the first attribute he ticks for Sports. But this ever growing sector will need an impartial and aggressive leader to propel it to the right direction.