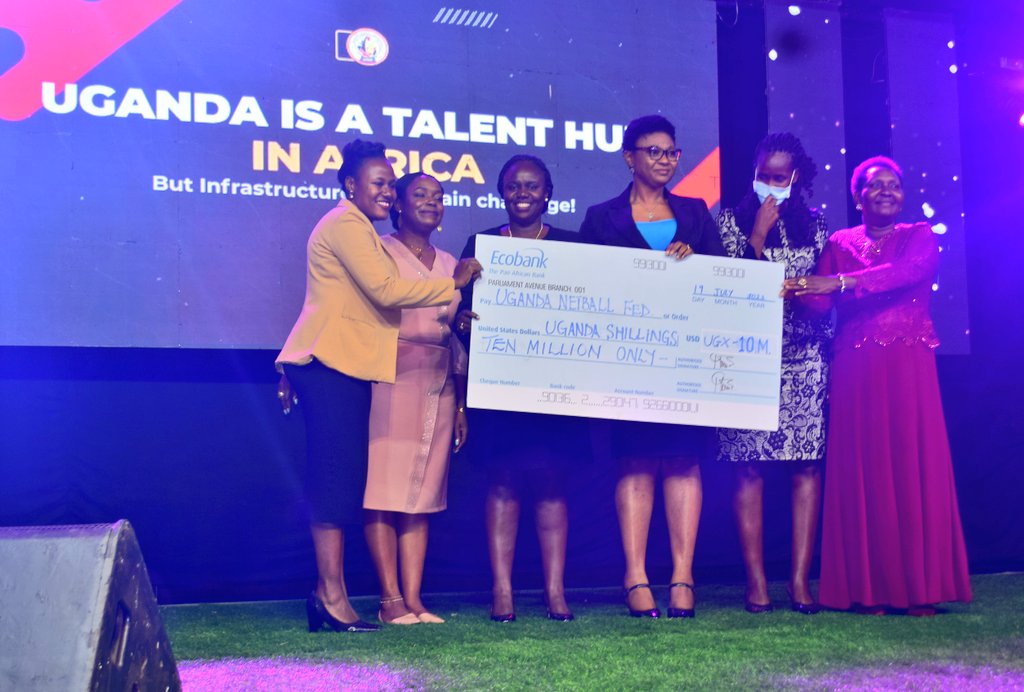 One of the leading banking instructions in the country, Ecobank Uganda, added layer to Uganda Netball Federation’s need to build their own facility.

The Bank that joined Uganda in 2009, contributed Sh10m during a Fundraiser on Tuesday at Serena Hotel in Kampala.

The fee will go a long way in helping the Federation’s initiative and also attract more sponsors and well wishers to join the cause.

Ecobank’s Managing Director, Group Marketing Manager, and Consumer Banking, Manager, Charity Kamusiime stated: “Ecobank is the official bank Sponsor of Sports in the financial service sector of Uganda and it is our imperative to make sure that we are relentless in the provision of that support.”

The gesture reaffirms the bank’s commitment towards supporting talent in the Country.

UNF President Sarah Babirye Kityo commended the giving heart of Ecobank and called more sponsors to come on board as they seek to collect Sh2bn for the first phase of buying land within the central region.

From thereafter, the Federation will embark on building a state of the art facility that will house the Federation’s Offices, Indoor and Outdoor Court, Training Gyms, Swimming pools among others.

Babirye said that it’s “very” important for them to secure a permanent home for Netball because it’s one of Uganda’s best performing Sports discipline, given that She Cranes are ranked second on the continent just behind South Africa’s SPAR Proteas.