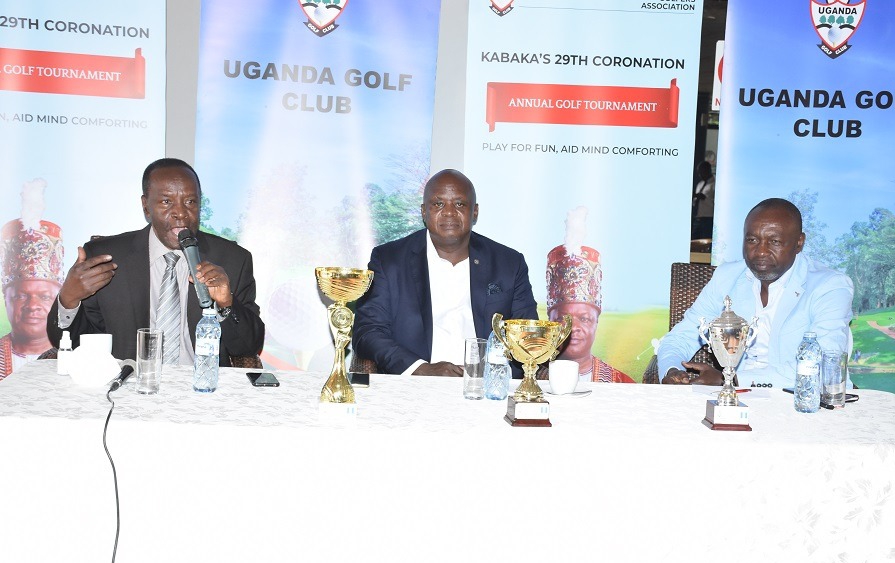 The 2022 Kabaka Coronation Golf tournament has been launched, returning after a two-year hiatus.

The tournament is one of the celebrations held in celebration of Kabaka Ronald Muwenda Mutebi’s coronation.

The tournament that will be played in Stableford full handicap, is organised by the Buganda Golf Association.

The organisers want to use Golf as platform to create awareness against the spread of HIV in Fishing Communities.

“The team from Buganda Golf Association has rallied sponsors to support the contribution from the membership so that we contribute a little more from what we have been previously contributing towards the Kabaka’s initiative of fighting HIV Aids,” said Uganda Golf Club captain Emmanuel Womala.

In Uganda, literature on HIV in fishing communities is still lacking and those Island areas have the highest HIV prevalence in the country.

Per recent findings last year, Kalangala district for example has an HIV prevalence rate of 18%, which is way higher than the national rate of 5.6%.

The government’s HIV strategy estimates prevalence of the virus to be up to 40% in some fishing communities.

Buganda Kingdom Parliament Speaker Patrick Luwagga said that proceeds from the tournament will be channeled in fighting HIV in those areas.

Womala said that they target over 200 golfers, and expressed the UGC’s readiness to host the event.

“The course is in a good condition, all those that will play on Saturday will have an enjoyable round and I am sure there will be no excuses for not winning,” Womala added.