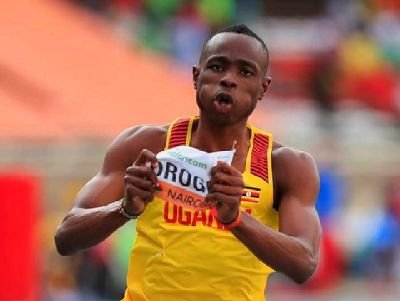 Uganda’s sprinter Tarsis Gracious Orogot will be in 200m heats early Tuesday morning at the World Athletics Championships in Eugene, Oregon (US).

He is set to become the first male sprinter from Uganda to represent the country at the Worlds since Davis Kamoga in Athens 1997.

Orogot, who is based in United States where he is studying at the University of Alabama, will be lane three of Heat Four.

The first three of each heat plus the three next fastest across all the seven heats will book a place in Wednesday’s semis.

He broke the National Record last month at this same venue (Hayward Field, Eugene) when he clocked 20:32 during the NCAA Div I outdoor Championships.

That time was an improvement of his personal best of 20:37 he set last year in August at the World Athletics U20 Championships at Kasarani (Kenya).

He will be going head to head with United States’ Kenny Bednarek who won silver at the Tokyo Olympics.

A couple of other athletes on other lanes like Jamaica’s Johan Blake, Fred Kerley who just 100m gold, 2014 European champion Adam Gemili of Great Britain, Reigning 200m Olympics champion Andre De Grasse of Canada and Olympics Bronze medalist Noah Lyles who have ran a sub-20 second 200m, are among the favourites for podium places.