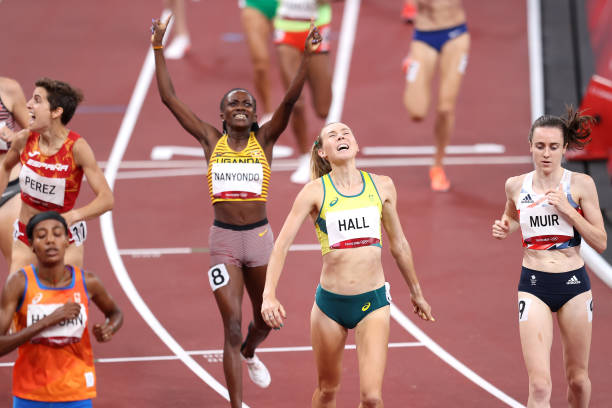 Middle distance runner Winnie Nanyondo will be the first Ugandan in action as the 2022 World Athletics Championships get underway in Eugene, Oregon in United States.

Nanyondo is in the 1500m heats, and will come in the last heat (heat three) at the Hayward Field.

Nanyondo has to finish among the top six, out of the 14 in her heat, to reach the semifinals.

Also, the six fastest times (combined in all the three heats) will also progress to Sunday’s semis.

Jessica Hall, Sinclair Johnson and Hirut Meshesha are the other strong favourites Nanyondo has avoided in her heat, but are likely opponents come Sunday’s semis in case she progresses.

Her heat has two big names to worry about – Guday Tsegay of Ethiopia and Linden Hall of Australia, but it’s not about winning the heat but booking a ticket to the semis as you reserve some energy.

She finished seventh at the Olympics finals in Tokyo and later missed the medal bracket when she came fourth at the World Indoor final in Belgrade this year as Ethiopia led by Tsegay took a medal sweep.

Nanyondo ran her season best of 4:00.25 this year in May at the Fontaine Classic at this very track but came eighth.

Going forward, she will have to put in the gears as she did back in June 2019 in Rabat when she recorded her Personal Best of 3:59.56 which is still a National Record.

She will be turning 29 next month, and she will be well aware that Oregon presents her best chance to a second international major medal since 2014 when he grabbed 800m bronze at the Commonwealth Games in Glasgow.