Cricket Cranes Made To Suffer Before Early Batting Collapse 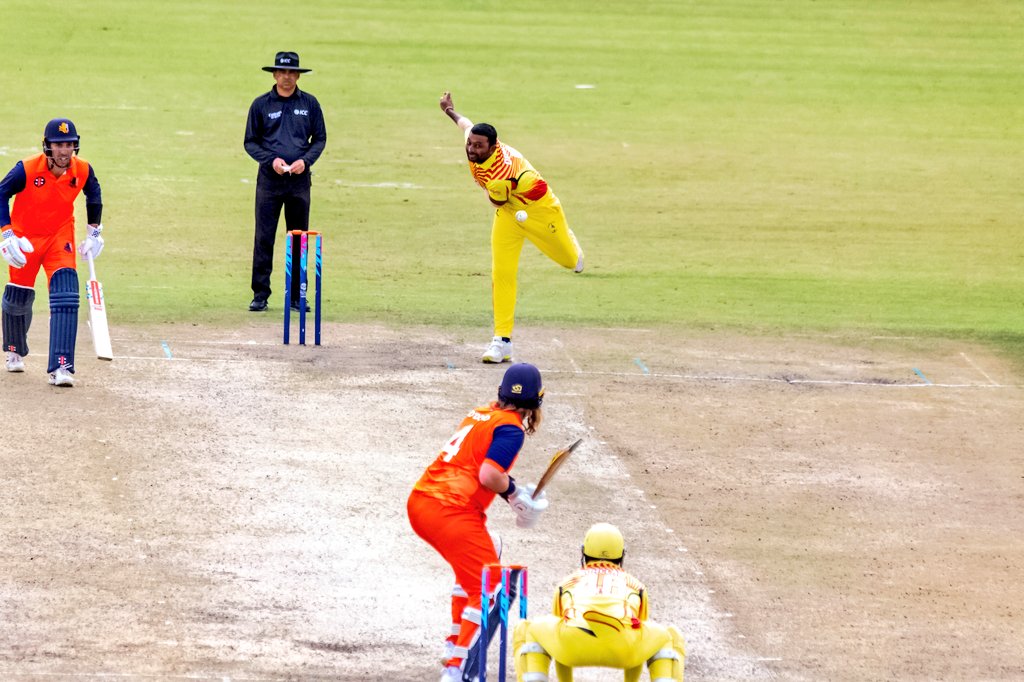 Uganda Cricket Cranes’ journey to qualify for the 2022 ICC T20 Cricket World Cup came to an end after a dreadful defeat to Netherlands on Thursday.

Facing a higher ranked Dutch side, it was a tall order for Cricket Cranes to come out of the contest alive.

But Uganda barely put up a contest and were made to chase a lofty total after Netherlands set 187/3.

And then Uganda suffered an early Batting collapse in response, before managing just 90/9 in 20 overs to lose by 97 runs.

It could have been a different story if the Cricket Cranes lost by a respectable margin after Papua New Guinea failed to beat Hong Kong, but Uganda saw their chances derailed by a poor Net Run Rate to eventually finish at the foot.

Netherlands, an ODI nation, showed their class with the bat when they set 187 thanks to huge contributions from Tom Cooper and Max O’Dowd who hit 81 and 73 respectively.

The duo hit a combined 23 boundaries as Uganda failed to contain Netherlands who meant business right from the word go.

The return of Bilal Hassun delivered a wicket and earlier caught Stephen Myburgh for Franco Nsubuga’s wicket, but he was expensive (1-44) in his 4 overs.

Youngster Juma Miyagi was thrown in the deep and the gamble was not a success as he was targeted by the batters.

In a wild goose chase, Roger Mukasa produced a golden duck to compound his misery return.

And Uganda gave away four wickets for just seven runs as Netherlands stamped their authority at Queens Sports Club in Bulawayo.

Ronak Patel uncharacteristically fell for nothing, Simon Ssesazi failed to repeat his Hong Kong heroics to fall for five after facing four balls while Fred Achelam scored the other duck.

Dinesh Nakrani (19) and Riazat Ali Shah (17) were stamped behind by captain Scott Edwards as Uganda tried to stage a rally.

Kenneth Waiswa (15) was one of Fred Klaasen’s victims as the left arm medium pace bowler strolled through Uganda’s order.

While Franco Nsubuga fell for 15 as the tail tried to swing in vain.

Uganda will feel hard done by a couple of factors including the loss of captain Brian Masaba to injury before the start of the tournament while coach Laurence Mahatlane arrived in Zimbabwe late due to visa issues.

But losses like such give experience and lessons to the players and show a clear gap left to cover to reach the Big Boys.

A win against Hong Kong who is ranked higher, will be looked at as a positive for the Cranes.