World Championships: When Are Ugandan Athletes in Action? 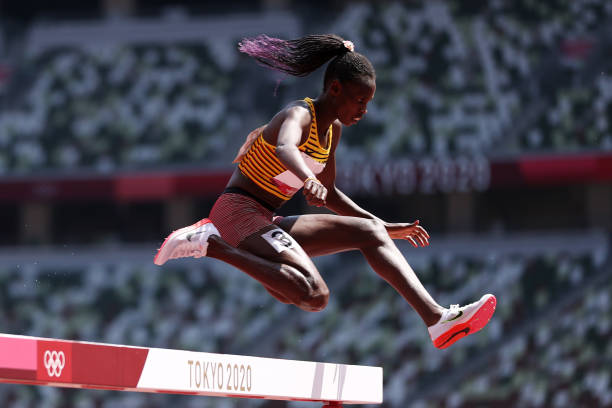 Uganda is sending a team of 17 athletes to the United States for the 2022 World Athletics Championship in Eugene, Oregon.

The Worlds return for the first time since 2019 in Doha.

Uganda’s athletes were flagged off on Monday at Kololo by President Museveni.

The first batch of athletes will leave on Wednesday before the last batch sets off on Sunday.

The Worlds have attracted more than 1900 athletes from 192 teams at Eugene’s Hayward Field between 15-24 July.

The first Ugandan in action will be Winnie Nanyondo who goes into the 1500m women heats on Friday, for a chance into Saturday’s semis while the finals will be held on Monday July 18.

Peruth Chemutai, competing in the 3000m steeplechase, will be in heats on Saturday before Wednesday’s finals.

Uganda’s first chance for a medal will come on Saturday when the duo of Stella Chesang and Mercyline Chelangat go off in the 10,000m final at 12:20.

Ronald Musagala runs later on Saturday in the 1500m heats while the semis and finals of the same event will be held on Sunday and Tuesday respectively.

The trio of Jackson Kiprop, Felix Chemonges and Fred Musobo will go out in search for a Marathon podium on Sunday. A title last won by Stephen Kiprotich in 2013 in Moscow.

And it will be an epic Sunday as Joshua Cheptegei, in company of Jacob Kiplimo and Stephen Kissa, seek to defend his 10,000m gold medal he won in Doha.

Then on Monday, Immaculate Chemutai will carry Uganda’s sole chance at a Women Marathon, in a field where Kenya’s Ruth Chepngetich is an outright favourite.

US-based Tarsis Orogot, the only sprinter on the team, will be in action on Monday in the 200m heats, with the semis and finals lined up for Tuesday and Thursday.

Esther Chebet who has competed in the two previous Worlds in 1500m, will now be taking the 5000m distance. The heats are due Wednesday before finals on Saturday (July 23).

Halimah Nakaayi, Uganda’s other medal hopeful, will be defending her 800m title when the heats get underway on Thursday. The semis are Friday (July 22) before the final on Sunday (July 24).

Double-chasing Cheptegei, Peter Marus and Oscar Chelimo will start the 5000m heats on Thursday. The finals will be held on Sunday.