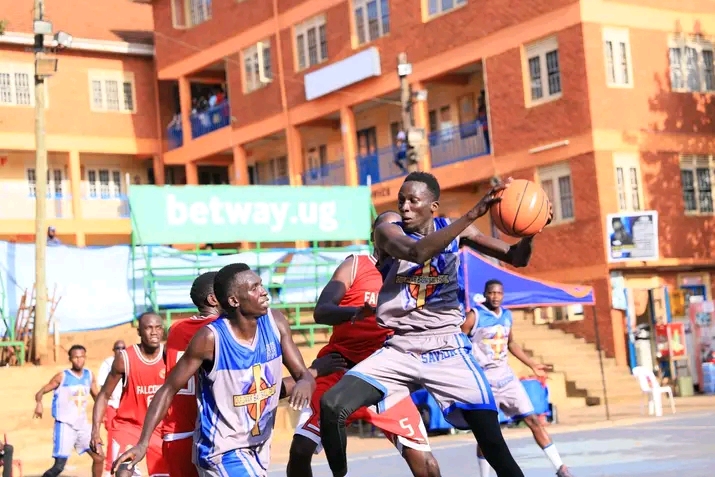 Our Saviour and Ndejje University Angels meet this Wednesday at Lugogo as the National Basketball League continues.

Our Saviour will fancy their chances to bag maximum points against a Ndejje University Angels side that is grasping at straws.

Moses Okwera’s side produced one of the shocking results of the season in the previous match after beating UCU Canons 61-52.

The result ensured that Our Saviour move to seven wins after 17 games this season, a move that continued to tighten their grip on staying in the top flight after their promotion from Lower Division.

A lot has gone right for Our Saviour this campaign but a couple of individuals have stood out but mainly Moses Mugisha who is averaging a double-double (12.8 points and 11.1 rebounds).

Joseph Wacha who returned to the club this season, Steven Wokorach, Davis Bakara and Davis Assiimwe to mention but a few have all been outstanding.

But it’s too early for them to rest on their laurels and need to rack up wins so that they can as well acquire a place in the play offs.

The same cannot be said of Ndejje University Angels who have struggled to get things going.

Four wins and 11 losses is what their report card reads so far, a record that is only bettered by every team in the division besides Falcons who are without a win so far.

With three teams being relegated this season, Ndejje are surely strong favourites for Division One basketball next season if they do not wake up.

But on a good note at least, they beat KIU Titans 84-83 in their last match in the league.

That win at Kansanga on Saturday snapped Ndejje’s 10-game unbeaten run, to be precise, their last win before was a low scoring 46-33 against newly formed Victoria University on March 27 at Lugogo.

Coach John Omondi will hope that his boys replicate that resilience and never-give-up attitude they displayed on Saturday against KIU.

Against a raucous KIU support, who were playing at home and in-front of vocal KIU fans, Ndejje needed a near-buzzer beater Samuel Ajak jumper to claim the thrilling win.

Ajak finished the game with 35 points, probably the highest tally by an individual this season if my stats serve me right!

But against Our Saviour, they will need more than Ajak to pick a Win, and have got a couple of individuals who can put up a show including a dazzling point guard in Haron Alinaitwe (my best this season so far).

Big man Godwin Muhamiriro must be ball hard and use his giant stature to bully everyone in the paint, while other starters in Hassan Ssentamu and Cikom Munbai must share the scoring burden.

Elsewhere, A1 Challenge will seek to mount a mission impossible when they take on unbeaten JKL Lady Dolphins in the Women’s division.