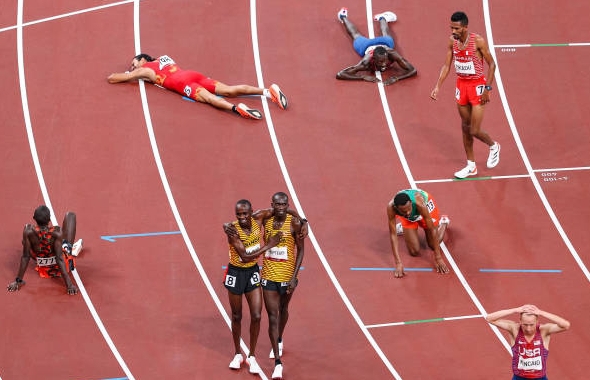 The 800m World Champion Halimah Nakaayi, Tokyo Olympic medalists Jacob Kiplimo and Peruth Chemutai have also been included on the team for the much anticipated Championship.

With just 10 days to the Championship due July 15–24, 2022, team Uganda have entered camp to prepare for the event.

The team is camped in Kapchorwa for the distance athletes while the Sprinters have a non residential camp in Namboole.

Cheptegei, as it was during the 2020 Tokyo Olympics, will carry Uganda’s high hopes to collect medals.

He will compete in the 5000m and 10,000m, hoping to win a double. Cheptegei will be defending the 1000m gold he won in 2019 when he beat Yomif Kejelcha (Ethiopia) and Rhonex Kipruto (Kenya) who settled for Silver and Bronze respectively. He won gold in 5000m at the 2020 Tokyo Olympics.

Having missed the 10,000m gold in Olympics, Oregon hands Cheptegei a right platform to make amends.

Kiplimo has opted for 10,000m, not a double as earlier expected, and will be a strong favorite as well to make a podium.

The buzzing youngster who is a World Half Marathon champions won bronze at the Olympics in 10,000m and recently finished second last week in Stockholm in the 3000m where he was beaten by Refugee Dominic Lobalu (South Sudan) in a Sprint finish.

USA-based sprinter Tarsis Orogot qualified by ranking and will be hoping to make his case at the World stage.

Sprinter Shida Leni announced via Facebook that she will not take part at the World Championships, despite also qualifying through rankings, because of injury but will make it to Commonwealth Games.

Steeplechase Gold Winner Chemutai is also part of the contingent but has her work cut to prove to the World that her exploits in Tokyo were not just a one-off.

And she will face stiff competition especially from a strong Kenyan team that include World Champion Beatrice Chepkoech alongside Jackline Chepkoech, Celliphine Chespol and Purity Kirui.

In 2019 Doha, Uganda who won two golds finished 9th on the World table while third on the table behind Kenya and Ethiopia.