Bilal Hassun Back As Cricket Cranes Head To Zimbabwe 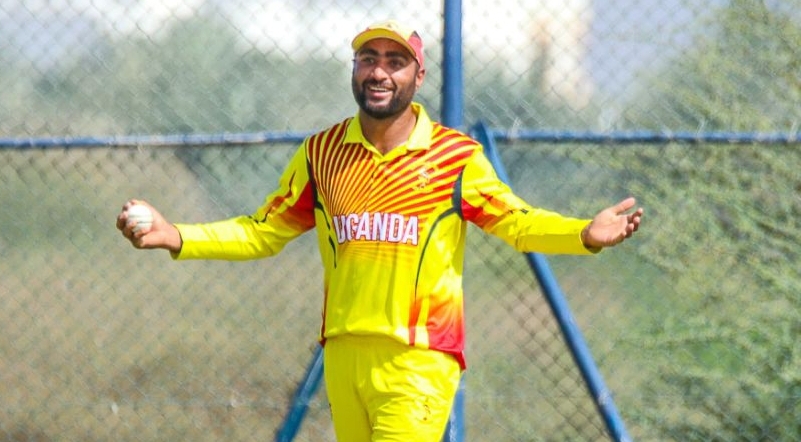 Uganda Cricket Association has finally announced the final 14 players that will represent Uganda at the last leg of the T20 World Cup race.

The team leaves on Saturday for a pulsating event in Zimbabwe.

Bilal Hassun is a notable addition as the Right arm Medium fast bowler makes a return after missing the ICC World Cricket Challenge B in Kampala due to a reported injury.

He was valuably missed after his exploits in the Challenge League first leg in Oman in 2019 where he picked five wickets with an Economy of 4.42.

The 32-year old Pakistan-born last featured for Uganda in a T20 match when he picked three wickets against Tanzania as the Cricket Cranes flourished with a 8-wicket victory at the Gahanga International Cricket Stadium.

It was that tournament in Rwanda where Uganda booked a place to this stage – ICC Men’s T20 World Cup Qualifier in Zimbabwe.

Deus Muhumuza misses the trip due to fitness levels while former skipper Roger Mukasa is back in the fold.

U18 World Cup sensational Juma Miyagi and Cosmas Kyewuta have been included in the squad after their impressive show in the recently concluded Challenge League B leg in Kampala.

Veteran Frank Nsubuga retains his place in the squad while the performance of Emmanuel Hasahya failed to convince the National team selectors.

About the T20 World Cup Qualifier

In Zimbabwe, eight teams will be battling out for the two tickets for the T20 World Cup in Australia.

Uganda is in Group B alongside Hong Kong, Papua New Guinea and Netherlands.

Pool B has Singapore, Jersey, USA and hosts Zimbabwe.

The two finalists will qualify for Round 1 of the T20 World Cup, with the winner going into Group B alongside Ireland, Scotland and the West Indies while the runners-up will join Namibia, Sri Lanka and the United Arab Emirates in Group A.

The Queens Sports Club and the Bulawayo Athletic Club will be the two venues where the fate of the eight teams will be decided.