Uganda Vs Morocco: Preview, Probable Lineups and How To Watch 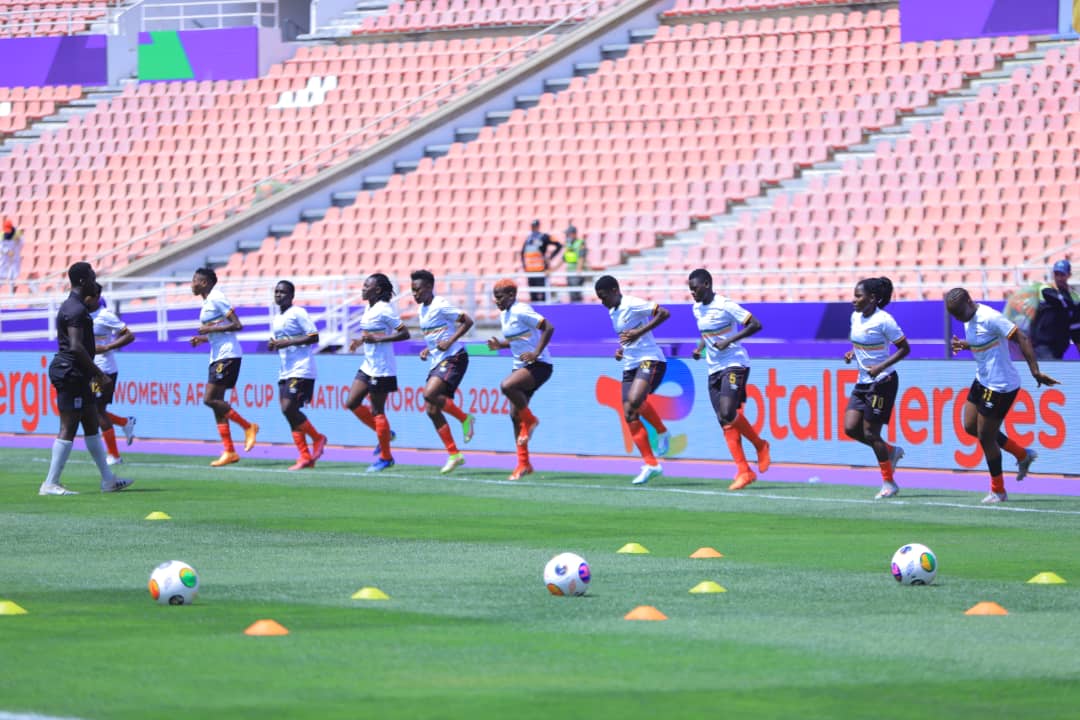 Uganda Women’s National football team, the Crested Cranes, return to action in the 2022 Women AFCON against hosts Morocco at the Prince Moulay Abdellah Stadium in Rabat.

The Girls lost 2-0 to Senegal on Sunday with Diakhate Ndeye and Nguenar Ndiaye scoring a goal each.

The Crested Cranes were made to rue a couple of missed chances and some errors at the back, but they have no time to cry over spilt milk as the hosts await.

Fauziah Najjemba and Fazilah Ikwaput will be at fault for failing to beat goalkeeper Fenning Sene at close range.

And against Morocco, Uganda face a side that will be cheered throughout by a raucous home crowd.

“They are the hosts but we are ready and prepared to take them on,” said Crested Cranes coach George Lutalo.

“We made some mistakes in the first match and we hope to rectify them and also be able to utilise our chances that we create.

“We are going all out to win all game, we do not have any serious injury in camp. We are really motivated to have the best game.”

Coach Lutalo may make a change or two in a bid to strengthen the team against pre-match favourites Morocco.

A win for Crested Cranes, bottom at the table without a point after one game, will improve their chances of progressing to the knockout.

It’s strong to note that the top two teams in each of the three groups progress to the Quarterfinals.

The six are joined by two more teams – third best losers – in the knockout.

Morocco Win Away to Knockout

Morocco kick-started the tournament with a deserved 1-0 win over Burkina Faso on Saturday.

Captain Ghizlane Chebbak bundled in just before the half-hour mark to give the hosts a narrow win.

Make no mistake, the scoreline doesn’t truly reflect what happened on the pitch, Morocco were by far the best side and could have won by a better margin actually.

They played a possession-based game and very quick on transition, attributes that may prove hard for Crested Cranes to contain if we are to go with an error-stewn show Uganda put up on Sunday.

As Uganda struggled to qualify to reach this stage, Morocco on the other hand qualified as hosts.

But they never rested their laurels after playing in over ten friendlies including facing off with Spain, a game they lost 3-0 last year in October in Caceres.

Just like Uganda, they are returning to this stage for the first time 2000, but they had previously made their maiden appearance in 1998. But on both occassions, they have failed to progress past the groups.

They are not a powerhouse in Women Football on the Continent as their Men’s counterparts who have played AFCON 18 times including winning it in 1976, but have made major strides in the game.

Their Junior team, just qualified to the FIFA U17 Women World Cup due in India, alongside Tanzania and Nigeria.

And a home Women AFCON provides a chance and platform to take more giant steps forward.

How To Watch – Locally, the game will be broadcast live on UBC and Sanyuka TV
GoT (Select), DSTV (SuperSport) and StarTimes (World Football) have the game too.
You can as well stream on Hesgoal and follow live updates on The-SportsNation pages