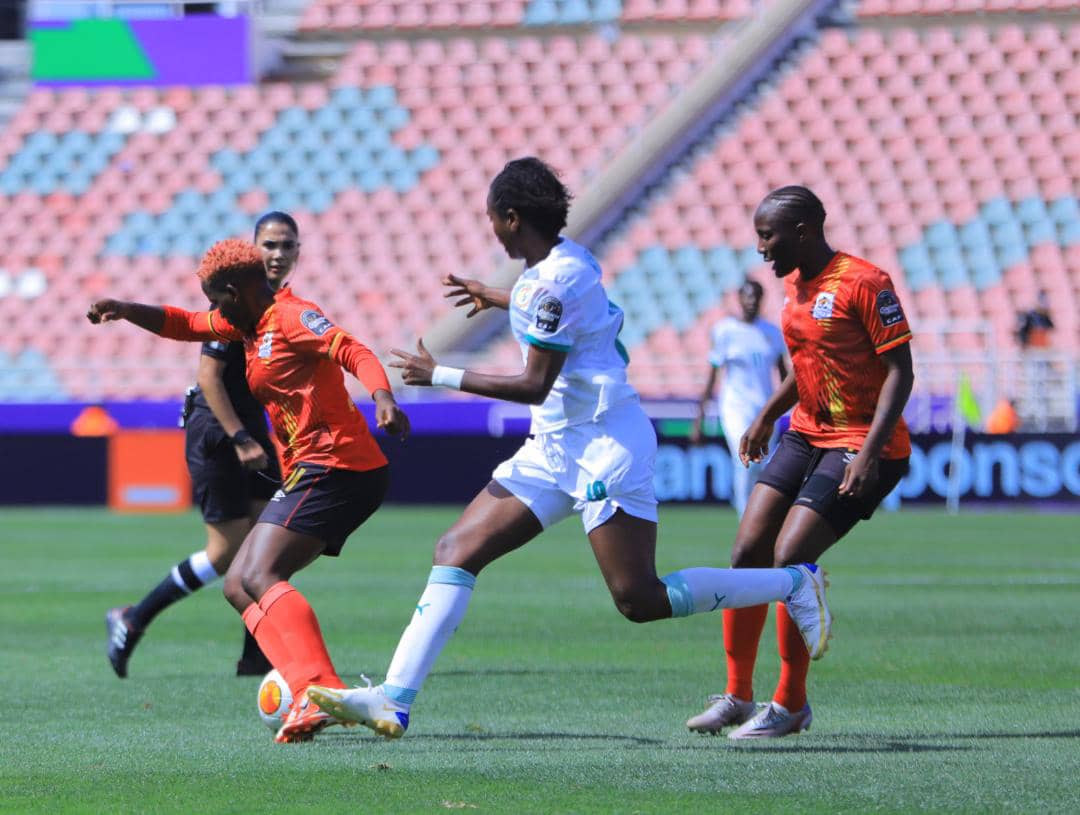 Uganda’s senior women national football team, the Crested Cranes, failed to get off the mark after a 2-0 loss to Senegal in their opening game of the 2022 Women AFCON in Morocco.

Ndeye Awa Diakhate and Nguenar Ndiaye scored for Senegal who inflicted a painful loss to the Crested Cranes at the Prince Moulay Abdellah Stadium.

Making a return to the continent for the first time in 22 years, Uganda were hard done by a couple of mistakes at the back and failure to convert their chances up front.

Coach George Lutalo will hope to build on the positives ahead of the next two group games but the team lacked the fluidity and confidence that saw them win the CECAFA and also hammer Zambia 5-0 in the Friendly.

Uganda face Morocco on Tuesday before ending their Group with a tie against Burkina Faso on Friday.

Uganda Made To Learn The Hard Way

The result is a reminder that you are punished for any slightest of mistakes, especially at this stage where any wasted chance can also be regrettable.

Uganda were the better side and had barely put a foot wrong before Aisha Nantongo’s reckless tackle for the referee to point to the spot.

And Diakhate slotted the ball into the back of the net just five minutes before halftime.

Fauziah Najjemba was presented with a good opportunity to send the Cranes level before the break when she was put through on goal by Viola Nambi, but her effort in a tight angle was poor.

And she could have been awarded a penalty in the process if she decided to go down but opted to stay on the ground before firing direct to the keeper.

Strangely, Lutalo took off Hassifa Nassuna – the team’s architect – for Phionah Nabbumba in a decision that turned heads.

And it remains to be known if the decision was tactical or Nassuna was just injured.

Nabbumba almost made her introduction count with long range effort that rattled the crossbar.

Uganda then handed Senegal a chance to double the advantage – Yudaya Nakayenze made a mess with a poor pass for Nguenar to capitalise and rounded off a helpless Ruth Aturo before slotting into the net.

The goal was ruled out for possible marginal offside, but after a long VAR check, the referee overturned her initial decision to award Senegal the second.

Substitute Ikwaput had two chances to bring Uganda back into the contest but proved uncharacteristically not up to the task.

Coming inside from the right, she beat the defence with pace but sent her poor effort wide.

And later, she raced on Sandra Nabweteme’s long ball behind the defence only to be denied by a sprawling goalkeeper Tennings Sene legs.

In between Ikwaput’s chances, Senegal almost benefited from another Nakayenze mistake to get the third goal but Hapsatou Diallo failed to bury her good chance with a keeper-to-beat.

Senegal, playing at this stage for the third time, were not at their best but showed a lot of maturity in their game approach despite losing two players to injuries.