Uganda Vs Mali: Preview, Squads and How To Watch

Uganda’s National Men Basketball team, the Silverbacks, will be in action on Friday as the FIBA Basketball World Cup Qualifiers return.

The Silverbacks face Mali in Group A’s second window of the Qualifiers at the Kigali Arena in Rwanda.

Cape Verde and Nigeria are the other opponents in Uganda’s Group.

Uganda's senior basketball team, the Silverbacks, will not be with Adam Seiko who is not making the trip to Kigali due to travel challenges.

Uganda sit third in Group A after the first window of the Qualifiers held in Benguela, Angola in November last year.

This is a qualification pathway to next year’s FIBA World Cup due August 25 to September 10 2023 in India, Japan and Philippines.

That squad has been boosted with the addition of Ismail Wainright who plies his trade with Phoenix Sun in the NBA, with Brandon Davies sacrificed as only one naturalised player is allowed on the roster.

Wainright had a good season with Suns, including a 20-point and 8-rebound performance against LA Clippers and will hope to use that experience and exposure to lead Uganda home.

He returns to the Silverbacks roster after a powerful performance that guided Uganda to sixth place in the Afrobasket last year.

Ish will be in good company of Creighton University’s Arthur Kaluma who was absent in the first window as well but lit the Afrobasket finals where he averaged 20 points.

Tonny Drilleba and Robinson Opong are expected to share the scoring burden from the duo if their shots can fall.

US-based Jonathan Komagum is a new man on the team and has already gelled in seamlessly with the Boys.

But Adam Seiko (Kaluma’s brother) has pulled out of the tournament on the last hour due to travel challenges.

But coach George Galanopoulos will ask the team to remain in character throughout, play as a team, limit turnovers, play good defence and execute on offense as well.

In preparation for the tournament, Uganda camped in Cairo where they played three friendlies – All losses against Rwanda, Jordan and Egypt.

And they beat South Sudan (65-62) in their only build up game in Kigali on Wednesday.

Brandon Davies’ 24 points proved not enough for Uganda who were hard done by 27 turnovers committed against Mali’s 14 then.

Ibrahim Djambo scored 19 points and will be the man to look out for again.

One more win will all but guarantee Mali’s slot in the second round of the African Qualifiers.

They have never played at the FIBA World Cup despite enormous success they have registered with their junior teams.

The Women’s side has qualified to the World Cup after recent ban on Nigeria, and the Men will hope to achieve similar success this year.

This will be the third meeting between Uganda and Mali in recent memory. Mali beat the Silverbacks 79-76 on February 24 2018 in the 2019 FIBA World Cup Qualifiers.

The Games will be broadcast live on StarTimes. Uganda Vs Mali is live on Sports Life channel to be specific.

Sixteen nations (that played at Afrobasket 2021) are fighting for the available five slots allocated to Africa in the FIBA Basketball World Cup 2023.

These 16 teams were divided into four groups (A, B, C and D) of four teams each.

Each team is facing the other three teams in their group in separate windows.

The top three teams from each group will advance to the Second Round of the African Qualifiers.

In the second round, the group’s three advancing teams will join three other teams to create two six-team groups – Top three in Group A will be joined with top three in Group C. Those in B will be put in D.

All teams will carry over their results from the First Round.

In the Second Round, each team will play each new team in their group during two tournaments played over two event windows schedule in August 2022 and February 2023.

The two top teams in each group, along with the best third-placed team, will qualify to the FIBA Basketball World Cup 2023. 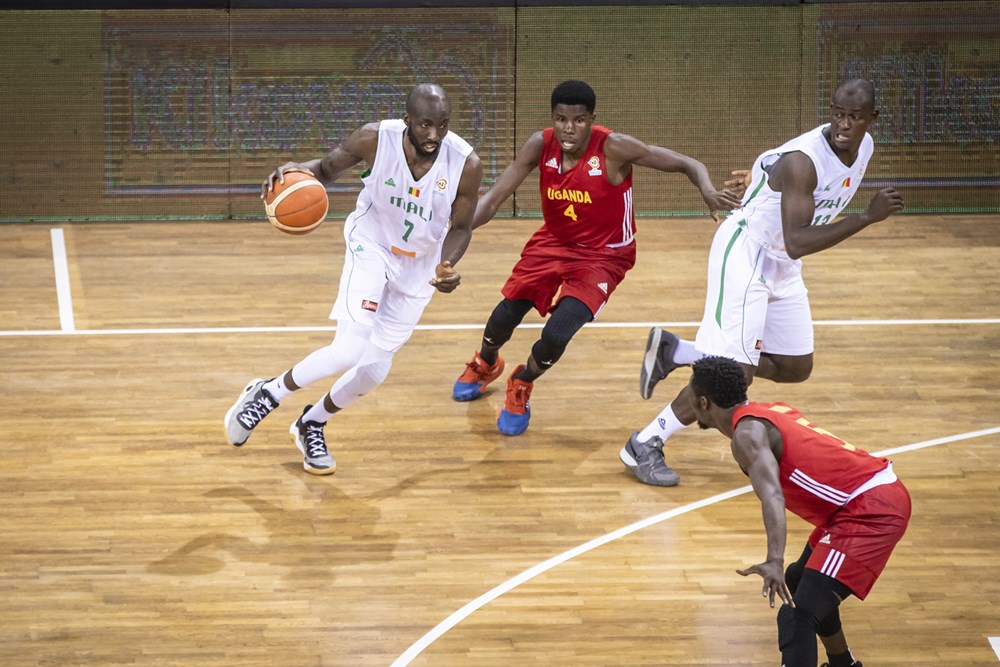