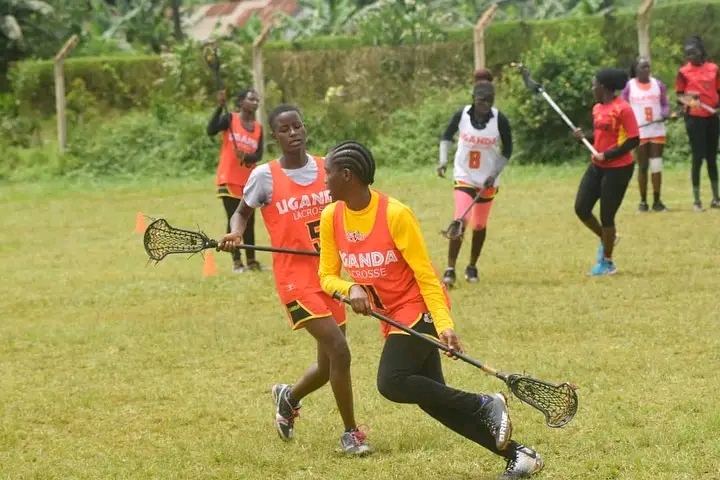 Uganda’s debut at the World Lacrosse Championship has been dealt with a hard blow after the team was denied Visas!

The Uganda Girls was set to become the first team from Africa to compete at the World Lacrosse Championship.

The tournament is already underway at Towson University in Towson Maryland, United States.

“It is with a very heavy heart that we must announce that World Lacrosse removed the Uganda women from the competition lineup today,” Team Manager Thuy Williams has told The-SportsNation.

“We haven’t been able to talk about it until the decision was made today.”

Thuy said that the Girls have not been able to travel to the States after they were denied visas.

She explained: “The denial letter stated that they were poor and therefore had no reason to return to Uganda after the games.”

“We got the letter on the 50th anniversary of Title IX, which was ironic.

“We had to zoom call the girls and tell them. Tell them all the work they have done was for nothing. That there was no hope of them representing their nation as the first African team in the World Championships.”

Uganda was set to play Latvia on Thursday, before facing Germany, Jamaica and Wales in Pool C.

“Today was opening ceremonies and we were allowed to represent our team. We walked into a gym full of all the other teams cheering for us. There were a lot of tears. How we wish our girls were here with us, lining up with all the other teams.

“Our hearts are heavy. But we want to thank all those that have worked with us to sponsor this trip. Thank you to World Lacrosse for the days and hours of fighting to overturn the denial.”

Thuy is harbouring faint hopes that the visas may be approved in the next couple of days so that the team can travel and play some scrimmages against other countries and gain some international experience.

Else, Uganda will now shift focus on the U19 Women’s World Championships next summer.

During the National Sports Forum on Monday, National Council of Sports General Secretary Dr Bernard Ogwel hinted on the matter, but stated that team Uganda were denied Visas to the States after the Federation head provided fake documents!