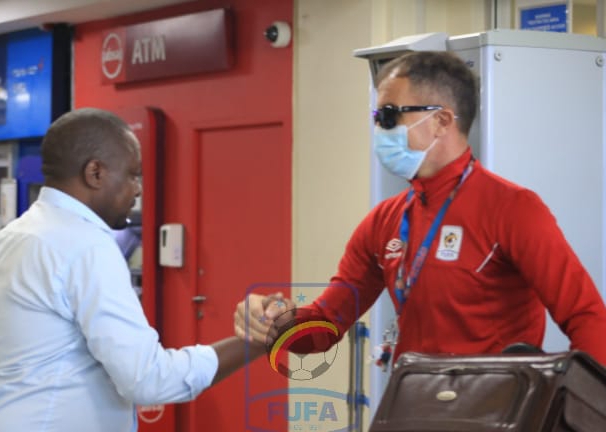 FUFA President Moses Magogo has finally opened up on reports that the National team’s coach Milutin ‘Micho’ Sredejovic was sacked.

The reports that spread like wildfire were in the wake of Uganda Cranes poor start to the 2023 AFCON Qualifiers.

After the 2-0 loss away to Algeria, the Cranes failed to make a good account of themselves at Kitende with a 1-1 draw against Niger to stay bottom of Group F with just a point.

An earlier report, specifically in the Daily Monitor, stated that Micho was given an ultimatum to either beat Tanzania in the next round of Qualifiers or go home!

“We have not given any ultimatum to Micho,” Magogo said straight away.

“We understand that for a coach to make an impact on the team it takes time, when he (Micho) first came here it was the same story but he took us to AFCON.

“There were even placards everywhere when as fans wanted him to be sacked earlier then.”

Micho, who later resigned due to unpaid wages back in 2017, was later replaced by Frenchman Sebastien Desabre who also helped Uganda Cranes qualify to 2021 AFCON.

For that AFCON in Egypt under Desabre, Uganda managed to progress past the Group Stages before they were eliminated by eventual finalists Senegal.

“And you should as well remember that when we brought in Desabre, many fans wanted him to leave, there are print media stories saying that we should sack Desabre as soon as we had given him the job but we were patient and he also qualified us back to AFCON.

“For a coach to make an impact, sincerely speaking, you need to give him time, most especially that our team that he is managing right now is undergoing a transition. And that needs patience.

“As FUFA, we are going to be patient and allow some matches and minutes into the legs of these players before we start demanding results.”

It was reported that after that 1-1 draw with Niger, Magogo stormed the dressing room and delivered the ultimatum to Micho.

He contrary explained that he went to the dressing to reveal his discontent with the way the Technical team handled the game.

Magogo said that he was very bitter with Micho and his technical team allowed play to continue for many minutes, when the Cranes were a man down after goal-scorer Milton Karisa was taken off hurt, without making a replacement.

It should be noted that Karisa was stretchered off, and as the technical team was still fidgeting to bring on Allan Okello, then Mahamadou Amadou Sabo scored as Niger benefited from a numerical advantage.

“We had a meeting after the match, I was really very bitter with the Technical team, that I must mention and I told them. Yes there is work being done, there is progress, but we lost (failed to win) the game against Niger simply because of the Technical team. It’s my responsibility to tell them because they are being paid.

“The way they managed the game, we are one goal up, we played eight minutes a man down and no substitute made. There are over 10 people on the technical bench. And to me it’s not about the head coach, I am looking at everyone including the kits man here. How do we concede a goal when we are a man down for all that while?

“Yes there is progress but these are avoidable things, that’s what I told them but that doesn’t mean that there was an ultimatum.”

Magogo also highlighted on the deliberate effort to ensure progress and stability on the National team.

“There is a lot of progress sincerely speaking and I will try to explain that. It demands on which lenses you are putting on.”

“In 2015, we realized that there was going to be a gap when our top players retire, and we started the FUFA Juniors League, and we did whatever we have been saying the MRIs to get it right, these players progressed and went to Africa Cup of Nations U15, we went back to the U20 AFCON with almost the same generation. And now these are the same players who are breaking into the Senior team.”

“Everyone abused Kayondo when we took him to CHAN, today he is going to replace Godfrey Walusimbi (Jajja Walu) who has been on the National team for a number of years, he cannot have the same experience really that quick.

“(Charles) Lukwago cannot be Denis Onyango in a second, we all know how Denis was when he had just come into goal. Across the whole team, we need patience.”

Uganda Cranes face Tanzania in September in a double header, first leg at Kitende before the return leg in Dar.

Then March 2023, Uganda will host Riyad Mahrez’s Algeria before a trip to face Niger.

The top two teams in the group will qualify to the AFCON finals in Ivory Coast due June 23-July23 2023.

PrevPreviousRevealed: How Much Each Federation Will Receive Next Financial Year
NextKoukouras Lifts Lid On SC Villa WoesNext