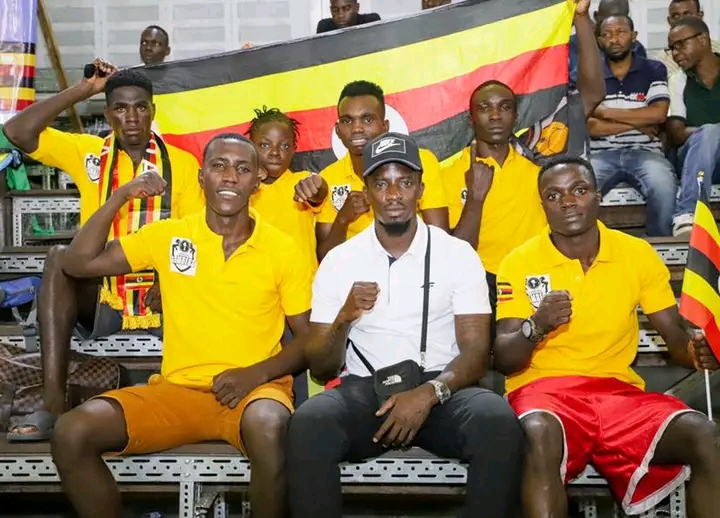 A team of six boxers is preparing to represent Uganda at the forthcoming 2022 Commonwealth Games in Birmingham.

Boxing at this year’s Commonwealth Games will be held at the National Exhibition Centre in Solihull due July 27 to August 7 2022.

The six team, that includes one female fighter Teddy Nakimuli, is the same squad that represented the country at the Mount Kilimanjaro championship in Tanzania last month.

The Late Zebra Mando’s son, Isaac Junior, is part of the team that is captained by Joshua Tukamuhebwa.

Jonah Kyobe, Owen Kibira and Yusuf Nkobeza are the other members of the Bombers squad.

The side is coached by Patrick Lihanda alongside two other coaches Lawrence Kalyango and Abdul Tebazalwa.

This team was selected from the Boxing Champions League tournament, an initiative by the current Boxing Federation Leadership.

It’s a whole new team from the one that represented Uganda at the Olympics that had Catherine Nanziri, Shadir Musa Bwogi and David Ssemujju after not taking part in the Champions League.

The Olympian trio had expressed their discontent with some of the clauses in the Contracts in terms of Commercial Value, Longevity among others to take part in Champions League.

And they have since joined paid ranks, paving way for the new blood.

It is strong to note Uganda has won 31 Commonwealth Games medals in the sports discipline of Boxing.

But only Juma Miiro (Bronze) won a medal from five boxers that went to last Commonwealth games in Gold Coast (2018).

The other four were Nasir Bashir, Kavuma Ssemujju Shadir Musa and Reagan Ssimbwa.