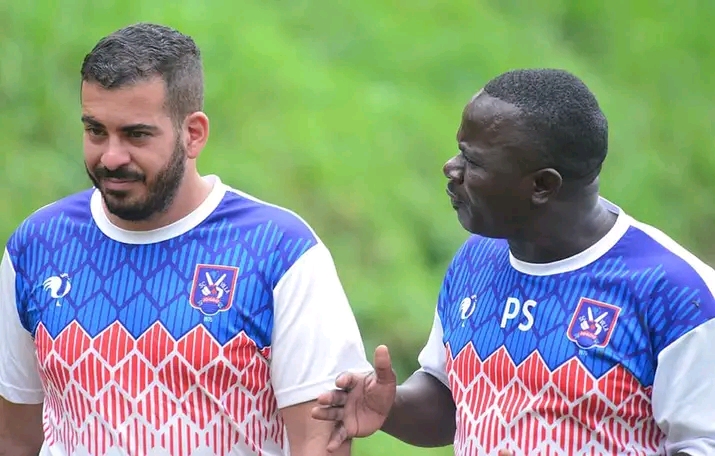 They were eliminated by BUL at the Quarterfinals of the Stanbic Uganda Cup.

“Petros leaves with our sincerest appreciation for steering the Club through a very tough season and the Club wishes him well in his next endeavours,” Club President Omar Mandela stated in the sacking letter on Thursday.

Petros’ Assistant, Jackson Magera has been elevated to the head coach on an interim basis.

And Mandela had decided to have faith in Petros after the end of the 2021/22 season despite strong resent from some officials at the club who had advised him otherwise.

The preparations for the new season started off in a low key as the club tasked the Greek coach to identify new recruits from trials, an indicator that showed that the club was not willing to spend money in the transfer season.

Newly appointed Technical Director Andy Mwesigwa and Team Manager Dan Mubiru initially advised Mandela that the trials would help the Club reduce on expenditure in the transfer season given most players in the market are now attached to “hungry” agents.

After a period of about three weeks doing trials, Petros identified just three good players worth giving contract at the club.

That didn’t sit well with Mwesigwa and Mubiru who claim that there were many good players among trialists but the coach just wanted to buy already made.

And it prompted Mandela to call for an urgent meeting to get things clear.

Petros, speaking to Mandela, maintained his stance that the Club must spend in the transfer to bring in quality if they want to restore the old good days as they want.

“You trusted me with this job, and so you don’t have to tell me how to do it,” Petros reportedly told Mandela.

“I have built many players in my career especially in South Sudan and you know one in Stuttgart, Italy and Australia among others. And it’s what I wanted to build here.”

But there was no way back, and Mandela decided to show the Greek an exit door.

It’s also a welcoming decision financially for SC Villa given the wage bill of the Greek.

But Petros leaves an uncontented man and feels he would have done better if he received backing from the club.

It has been turbulent times for Petros from the start after joining the team amidst change of power at the financially struggling club.

He inherited a junior team, and the Club was not willing to bolster the squad.

As earlier reported by this website, in January, the Greek wanted the club to acquire Alfred Leku but SC Villa could only meet Sh20m of the Sh30m Arua hill wanted.

He also wanted to have Dudu Bosco on his Technical team as his assistant coach, a deal that failed to materialise.

What Next for SC Villa?
The Club held talks with former Police coach Abdallah Mubiru even before the Greek coach was even sacked but no conclusion was reached.

Club Vice President Ben Misagga initially wanted Wasswa Bbosa and repeatedly aired out his admirations for the former Express coach but the tactician has since joined Gaddafi FC.

Arthur Kyesimira was also cited in the conversation given his track record with the Youth.

But with a couple of players being shown exit door, it’s work cut out for the incoming job who will be tasked to revive the lost glory at the sleeping giants.