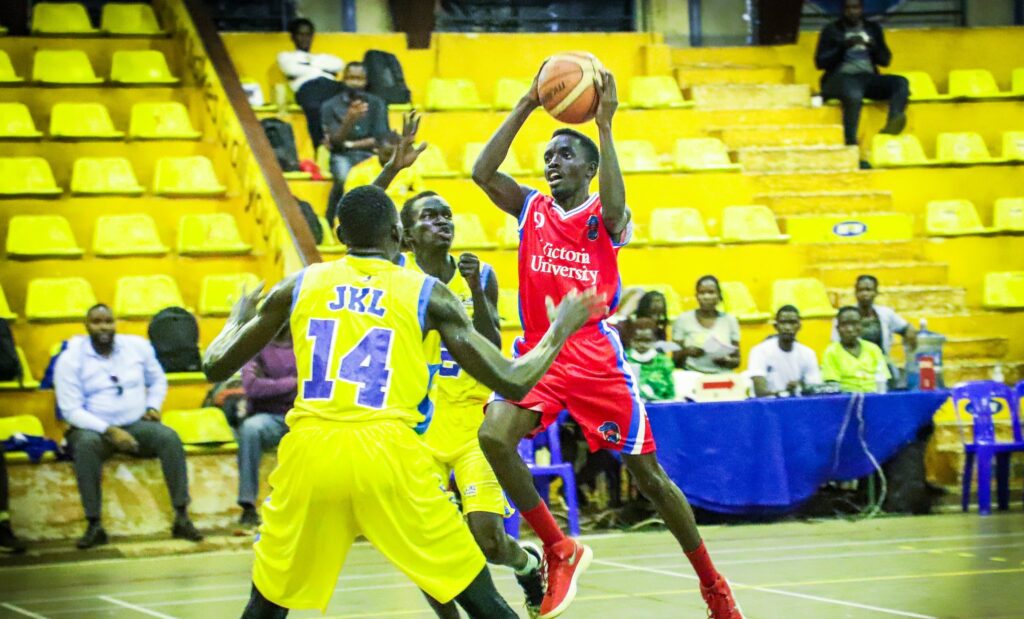 Maker Mayen was outstanding for the University side, picking a double double of 17 points and 12 rebounds.

The lanky forward shot 6-for-17 from the field and added three assists in a game he played all the 40 minutes.

Ronald Ayume, who has been one of their best player, had a tough outing with only 2 points on 1-of-7 shooting but coach Edward Manzi will not feel bothered after seeing his side grind out a win.

Victoria University came out of the blocks early to lead the first quarter 20-17 and were up by four points at the long break.

The lead was extended to eight points after the third quarter and JKL failed to knit a strong run before they ran out of time.

It’s the third win for Victoria University who had earlier beaten UCU Canons 66-63 and Falcons 67-62.

But there is more work still needs to be done for the newly formed side who have lost 13 games.

They still remain strong favourites to go down alongside Falcons and Ndejje University Angels.

The loss will cause a lot of scratching of heads for JKL Dolphins who will feel they could have done better, and it’s their eighth loss of the season in 13 games.

What Next – Both sides return to action on Saturday, June 25; Victoria University meet Falcons while JKL Dolphins face off with Our Saviour.